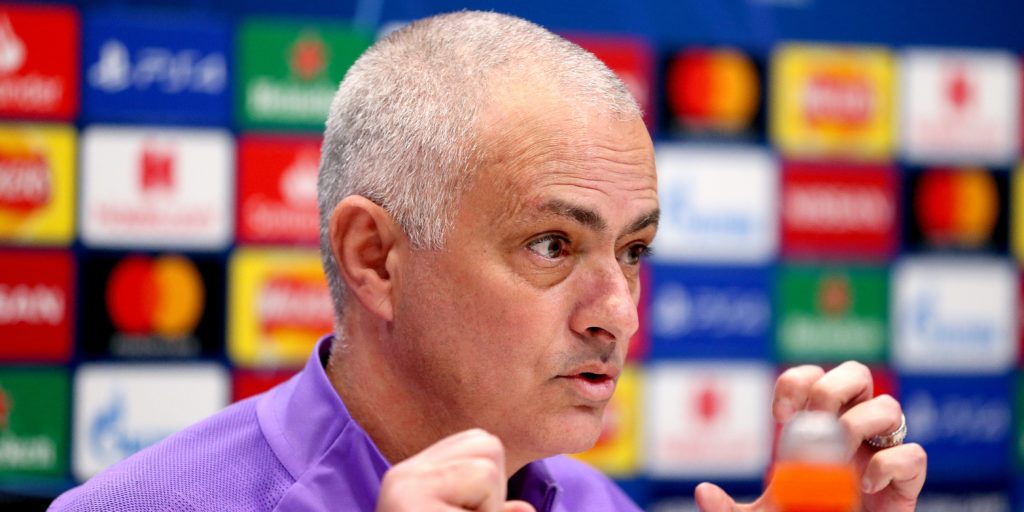 Spurs and Everton pits two Champions League winning managers against each other.

Tottenham boss Jose Mourinho says he will have no problems ditching the elbow-bump in order to hug Carlo Ancelotti on Monday night.

Spurs host Everton in a vital fixture in the race for European qualification which sees two of the elite managers of the last 20 years come head-to-head for the first time in the Premier League.

Mourinho says he “loves” the Italian, who like Mourinho has managed at Chelsea and Real Madrid in an illustrious career, and believes Everton are lucky to have him.

“It’s not because I like him so much as a person that I’m going to say the obvious, which is: he’s one of the top managers in the world of the last two decades and of course now.

“As a manager we all know him, and we don’t need to speak of him, because his office in his house, I don’t know if it’s the house in Milan or London or Liverpool but some office in one of his houses is full of cups so he doesn’t need anyone to speak about Carlo.

“As a person I had the privilege to know him for a few years, to stay and be with him a few times in UEFA meetings in some different occasions and I just love Carlo.

Spurs, who need to win to reignite their Europa League hopes, will check on Dele Alli after he suffered a hamstring injury in training on Saturday.