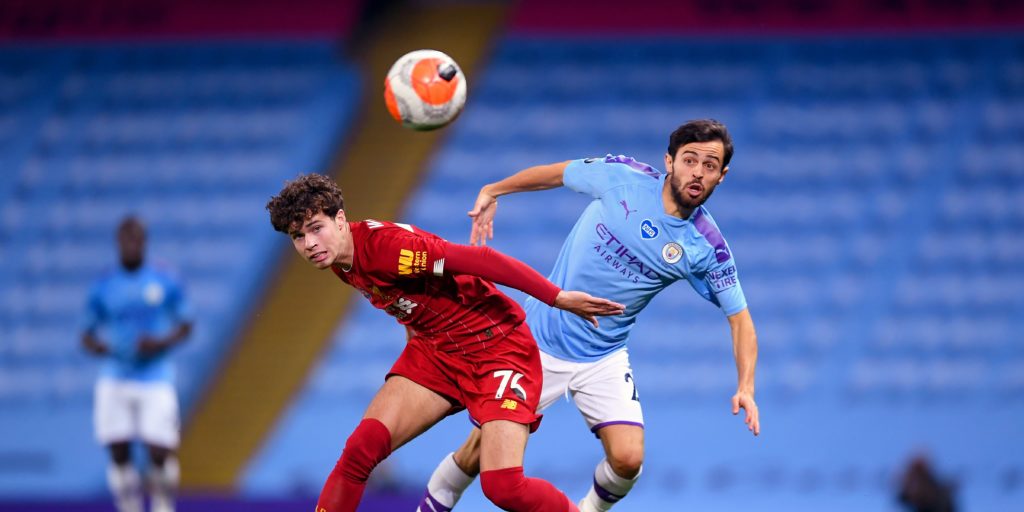 In their last two matches 17-year-old Harvey Elliott, and Neco Williams and Curtis Jones, both 19, have all been included in the matchday squad.

Liverpool manager Jurgen Klopp insists he will not be handing out Premier League appearances “like Christmas presents” despite the title having been secured.

In their last two matches 17-year-old Harvey Elliott, and Neco Williams and Curtis Jones, both 19, have all been included in the matchday squad and while Elliott and Williams (twice) have come off the bench, the Reds boss said it was not a charitable decision.

“I don’t think these kind of questions will be asked to Frank Lampard and Ole Gunnar Solskjaer,” said Klopp when the subject of the youngsters’ playing time was raised.

“‘We are champions now and we should now bring the young boys in, give them a chance, let’s have a look’.

“They will not play now because I want to see them in a Premier League game.

“We don’t give Premier League games as Christmas presents. We cannot do that.

“If the young boys are part of these best players then they will be on the pitch.”

Liverpool will receive 40 winners’ medals from the Premier League and the only stipulation is that every player who has featured in five matches should receive one.

Currently 21 players are guaranteed to receive a medal, after that it is at the club’s discretion as to who gets a medal with Elliott, Williams and Jones (all two appearances) next in line as players and then the backroom staff.

“They are so close, they are really good. And they are our future, 100 per cent. But they will not play now because I want to see them in a Premier League game,” added Klopp.

“The youngsters are really close, but we won’t give them Premier League matches just for fun.

Liverpool lost their first match as champions 4-0 to Manchester City, the team who they deposed, on Thursday night.

While the scoreline suggested a heavy defeat Klopp was confident his players are dealing well with their new title.

“If I wanted to read a book about it I don’t think there are a lot on the market: ‘How to deal with becoming champions on Thursday night and playing a week later one of, if not the best team in the world’,” said Klopp.

“We never were champions before and so far I think the boys did brilliant – that is not obvious in the result against City but obvious for me in their daily work – and these boys will go again.

“But it is not like everything is completely new; the new facts are clear and we will show we can deal with it.”

This weekend Liverpool host their first home match since becoming champions, with Aston Villa the visitors.

For two days last week thousands of fans congregated in the city to celebrate the club’s first title in 30 years but supporters have been warned not to attend Anfield on Sunday.

“Liverpool and Merseyside has been badly hit by coronavirus, we have had almost 600 deaths in Liverpool and almost 1,600 across Merseyside,” said Matthew Ashton, Liverpool’s director of public health.

“This Sunday and for the rest of the season I am asking for everyone to stay at home and watch the match with your loved ones.

“We can have a big party when this is all over but that time is not now.”