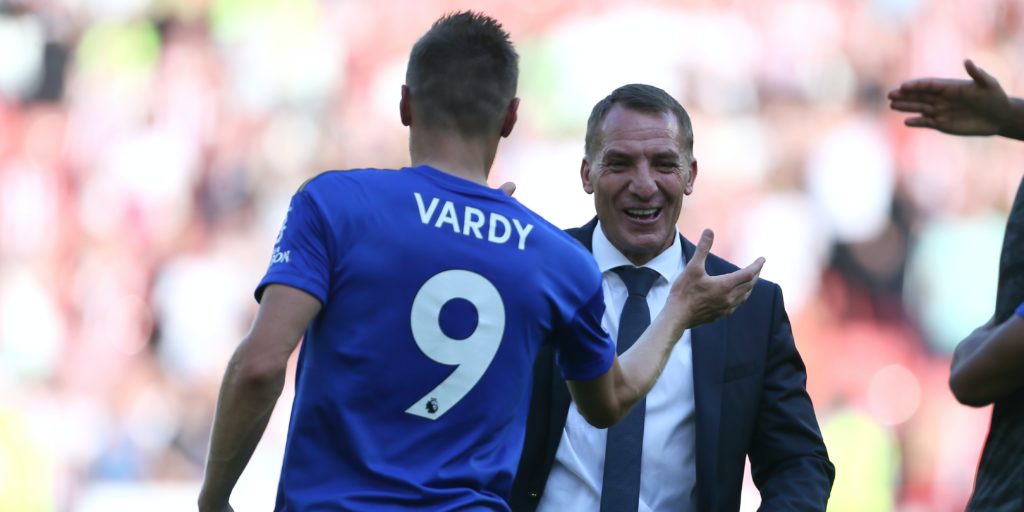 Vardy, stuck on 99 goals since his double in a 4-0 victory over Aston Villa in the final match before the lockdown, netted Leicester’s second and third in a 3-0 win against Crystal Palace after Kelechi Iheanacho had opened the scoring.

It was his first goal against the Eagles that created history and, of the 29 players to become Premier League centurions, only Ian Wright (28 years 286 days) made his debut in the competition at an older age than Vardy (27 years 232 days).

“It’s a phenomenal achievement to come into the Premier League at such a late stage and be so prolific in such a short space of time. It’s a privilege to work with such a top striker,” said Rodgers.

“His story is unique when you think about what he has achieved and what he has done. His story, and continuous story, will always be an inspiration.

“It’s been hard for him recently as he hasn’t had too many chances and I had a chat with him yesterday. His work-rate is incredible and he never gives defenders a minute’s peace and chases down lost causes and we saw that again today.

“I’m very fortunate that he’s here, but it was a real collective effort today.”

More importantly for Leicester, the much-needed win kept them third in the Premier League table after pressure had been building with resurgent Manchester United and Chelsea having significantly narrowed the gap in recent weeks.

Rodgers said: “We needed it. Since we came back we haven’t been at our fluent best. We didn’t get too emotional about it but we wanted to be better.

“It was just a case of re-enforcing what we are good at. Winning games gives confidence and this will give us confidence for the remaining games this season.”

Palace boss Roy Hodgson, who managed Vardy during his time in charge of England, also had praise for the 33-year-old, but felt his side were architects of their own downfall at the King Power Stadium as they slipped to a third straight defeat.

“It’s a tremendous achievement. It’s been a tremendous marriage between Jamie and Leicester, he keeps going from strength to strength,” said Hodgson.

“It’s a fantastic achievement and you have to take your hat off to any player who scores 100 goals, but especially Jamie as he came into the game and into the Premier League so late.

“Saying that, Jamie has scored two goals and we have actually kept him quiet for large parts of the game.

“I don’t think at any point we were particularly out-played or under pressure in the match but we made mistakes and those mistakes were punished and it has resulted in a harsh scoreline.

“We want to finish as high as we can in the table but our first priority is to stop this losing run.

“Even if we don’t put enough points on the board to get seventh or eighth, which might be enough to get you into a European place, we need to start picking up points again.”