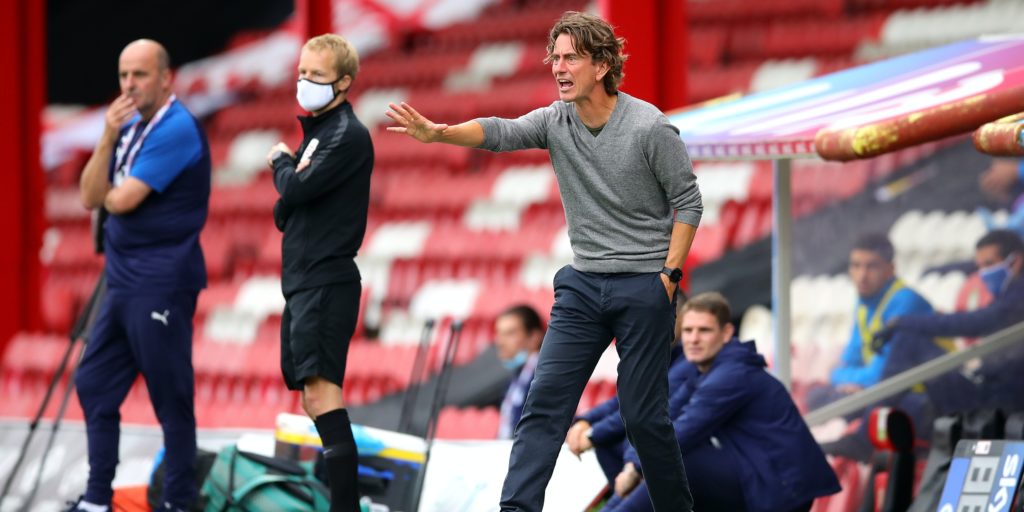 Benrahma bagged a hat-trick against crisis-hit Wigan on Saturday to leave the Bees two points adrift of second-placed West Brom.

Brentford boss Thomas Frank challenged hat-trick hero Said Benrahma to fire the Bees all the way to the Premier League.

Benrahma hit a sparkling hat-trick to sink crisis-hit Wigan 3-0 to make it five straight wins for the west Londoners and move them to within two points of second-placed West Brom.

“I think in general he has had a good season so far but he has absolutely hit the ground running after this coronavirus break,” said Frank.

“He has added extra to his game, such as arriving in the box, and these last four games he has been getting better and better, with his passing and his finishing.

“I have to praise him for his work ethic. He worked extremely hard. He has been good, he needs to keep it up. Three goals a game would be good!”

The opener came in the 19th minute when Emiliano Marcondes headed a half-cleared Ollie Watkins cross down for Benrahma to slot home from 15 yards.

In the 57th minute he doubled the lead with what was either a stunning, looping shot or a hopeful cross, which flew straight over David Marshall into the net.

“It was definitely a cross, it must have been,” added Frank. “Of course he tried to claim it was something else, but I think it was a cross. If not, it’s an unbelievable shot.”

Ollie Watkins, the Championship’s joint top goalscorer, was denied from close range by Marshall before Benrahma completed his treble when he swept in Christian Norgaard’s pass.

By now Wigan’s heads had dropped and they lost Joe Garner to a late red card for a high tackle on Jan Zamburek to cap off a miserable end to a torrid week.

Their players and manager Paul Cook were still reeling from their shock slide into administration on Wednesday.

It meant Wigan arrived at Griffin Park having gone from being the Championship’s in-form side to effectively bottom of the table, the 12-point deduction they will receive undoing all the good work of a remarkable run of six wins out of seven.

Wigan fans have raised over GBP 100,000 in a bid to keep the club going. Cook refused to discuss the administration afterwards, but he did say: “As you can imagine, today was a tough day for us.

“Travelling down with everything that’s going on, we’re aware of everything with all of the positive energy at the club.

“The one thing we can all guarantee to the supporters is that we will not be lying down and fading away. At the moment there’s a realistic chance that we can stay in the league.

“My message from the game itself is that we had a bad day today. It was a flat performance and disappointing, but credit to Brentford because they’re a really good side.

“We’ll pick ourselves up for the last five games and we’ll do our best to make you proud of us.”