Home News Reading boss Mark Bowen: I was right to stick with Yakou Meite out wide

Reading boss Mark Bowen: I was right to stick with Yakou Meite out wide 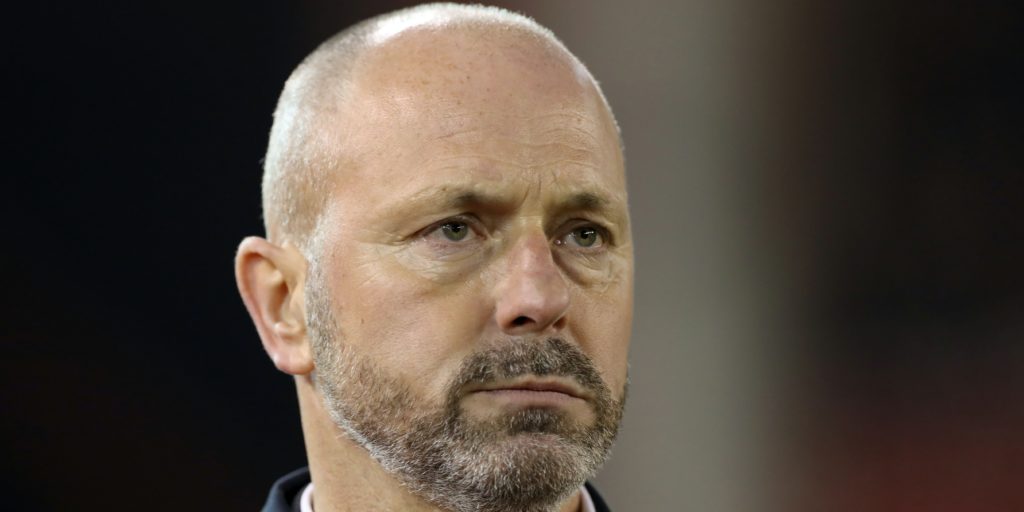 The forward scored four goals in a crushing win at Luton.

Boss Mark Bowen revealed how he won a battle of wills with Yakou Meite ahead of the forward’s stunning four-goal haul in Reading’s 5-0 win at Luton.

The Ivory Coast international had his hat-trick in just 17 first-half minutes, before adding another after the break.

Bowen said: “He actually came to see me yesterday (Friday) and was trying to put a case forward as he wanted to play as a number nine.

“I was telling him, ‘sometimes you play from a wider area, yes it’s harder work as you’ve got to track full-backs, but you can find more space coming in that channel between a full-back and a centre-back’.

“I walked in the dressing room and he looked at me with a wry smile on his face, so I think maybe for today I’ve won that argument.

“Five-nil is fantastic, but for me the most pleasing thing at five-nil was that we switched off, they went clean through and Rafa (Cabral) came out to keep a clean sheet with a point-blank save, which was huge.”

After Meite had a shot cleared off the line by Dan Potts in the early stages and Luton forward James Collins hit the crossbar, Meite then opened the scoring after 17 minutes from George Puscas’ pass.

He scored another 60 seconds later, with Town trying and failing to clear their lines, drilling into the bottom corner from close range.

And Meite then had a fourth when sent clean through once more in the 65th minute, as although Town came close to a consolation, Potts was denied by Royals keeper Rafael.

Luton boss Nathan Jones said: “We’ve had two massive away games where we’ve had to put in real shifts – at Swansea to win the game, then Leeds, and that has taken its toll.

“We were flat today and defensively they probably had six chances and scored five.

“We were just really, really flat. We lacked energy, we lacked real drive in our performance and I can only put that down to the effort put in.

“It’s very difficult for me to really have a go at them, I’m bitterly disappointed.

“These were opportunities these home games, but to be fair they’ve given me everything and it showed today that they probably lacked that little bit of energy from the exertion they’ve had over the last week.”