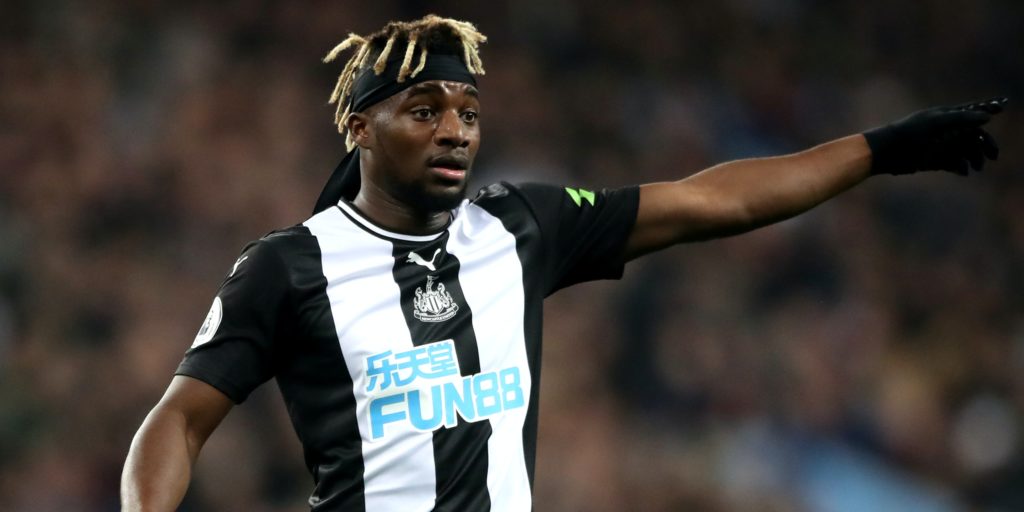 The Frenchman has been in top form since the return to action.

Newcastle flier Allan Saint-Maximin could be the buy of the season after lighting up the Premier League on its return from lockdown.

That is the view of Magpies head coach Steve Bruce, who has seen the Frenchman, a GBP 16million summer signing from Nice, hit top form in recent weeks.

Bruce said: “When you’re looking at the levels of money we bought him for, he is arguably the best pound-for-pound signing in the Premier League. You show me another better.

“When you look at the money being spent pre-lockdown – I don’t think we will see that sort of money being spent after lockdown, not for a long while – but what he has produced this season, we have probably got the buy of the season.”

Saint-Maximin has catapulted himself into the limelight with a series of enterprising displays, culminating in Wednesday night’s 4-1 win at Bournemouth, during which he provided three assists.

Inevitably, he has since been linked with a move away from St James’ Park with potential suitors reportedly looking on jealously at he and Paraguay international Miguel Almiron.

Asked if he could be allowed to leave Tyneside this summer, Bruce said: “No chance, no chance.

“Look, for Allan and Almiron, the speculation about their futures and this, that and the other – they’ve only been here a short amount of time.

“I’m not going to be naive enough to not think every player in the world has got their own price. I’m sure if you asked Leicester did they ever want to sell Harry Maguire, they probably didn’t but you have to get to a certain level.

“If they keep playing the way they are, it’s inevitable they are going to attract so-called bigger fish, so let’s deal with that when it comes.”

Saint-Maximin arrived in the north-east with something of a reputation as an enfant terrible, and while Bruce admits he has to be handled a little differently, he insists he is worth the effort.

He said: “When you get yourself a bit of a reputation, which Allan seemed to have, then of course it’s going to test your managerial skills. That’s what it’s all about.

“He’s got a great enthusiasm for the game of football and that out-weighs, for me, anything else.

“Of course round the edges, I don’t know how many times I have fined him for earrings and headbands and all sorts.

“But he’s blessed with unique skills, which obviously he’s got in abundance.”

Meanwhile, Newcastle have confirmed the signing of goalkeeper Mark Gillespie from Motherwell.

The 28-year-old, who was with the Magpies at academy level, has agreed a three-year deal.

Bruce told the club website: “We’re very pleased to welcome Mark aboard. He was here when he was young and has gone on to do very well.

“He’ll give us really healthy competition with our goalkeepers and we wish him the very best of luck.”