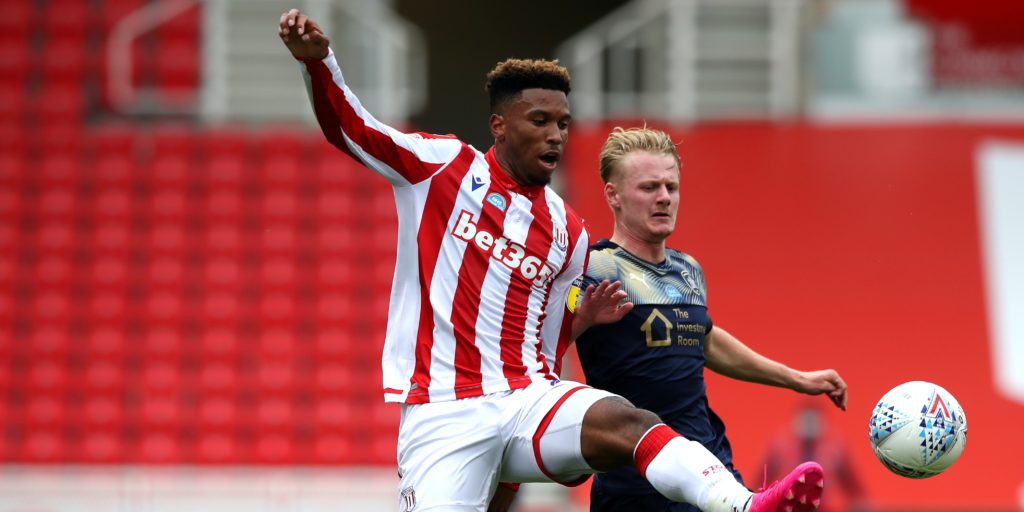 Barnsley are now four points adrift of the safety zone.

Stoke climbed out of the Sky Bet Championship relegation zone after a thumping 4-0 win over fellow strugglers Barnsley.

Strikers Sam Vokes and Tyrese Campbell made the most of poor defending from the visitors to fire the Potters into a two-goal lead inside the first 10 minutes.

Campbell then gave City a commanding cushion in the 38th minute after his marker switched off at a corner.

Substitute Tom Ince completed the scoring three minutes from time, curling a beauty into the top corner while the visiting defence stood watching.

Toothless Barnsley were lucky the defeat was not heavier, with Sam Clucas, Vokes and Nick Powell all going close to adding further goals.

It leaves Stoke with a five-point cushion over Barnsley, who are second from bottom and four points adrift of Hull in 21st.

Vokes headed Stoke into an eighth-minute lead after he drifted away from his marker to get on the end of a Clucas corner.

It got even worse for the visitors two minutes later when Campbell doubled the home side’s lead after making the most of a defensive blunder.

Mads Andersen’s attempted back pass fell woefully short, allowing James McClean to lay it on a plate for Campbell to backheel home.

Kilian Ludewig had a powerful shot beaten behind by goalkeeper Jack Butland after 24 minutes as Barnsley came into the game.

Stoke were inches away from making it 3-0 when they had two shots blocked inside the six-yard box following a goalmouth scramble on the half-hour mark.

Powell was booked a minute later for diving after he took a tumble on the edge of the box.

But the pressure paid off when Campbell peeled away from his marker at a Clucas corner to score his ninth goal of the campaign after 38 minutes.

Clucas blazed over from 12 yards two minutes later, before Jack Walton tipped away a Vokes header on the stroke of half-time.

Stoke failed to make the most of a two-on-one chance in the 57th minute when Campbell’s pass lacked the pace to play in McClean.

Cauley Woodrow curled a free-kick well over on the hour as Barnsley looked for a route back.

But the visitors were unable to do anything telling with their possession and Stoke comfortably sat on their lead.

Alex Mowatt had a curling free-kick acrobatically beaten away by Butland with eight minutes left, while Walton did brilliantly to get down low and turn behind a well-struck half-volley from Powell two minutes later.

Barnsley were left paying the price for more slack defending with three minutes to go when Ince finished well after the defence failed to close him down.