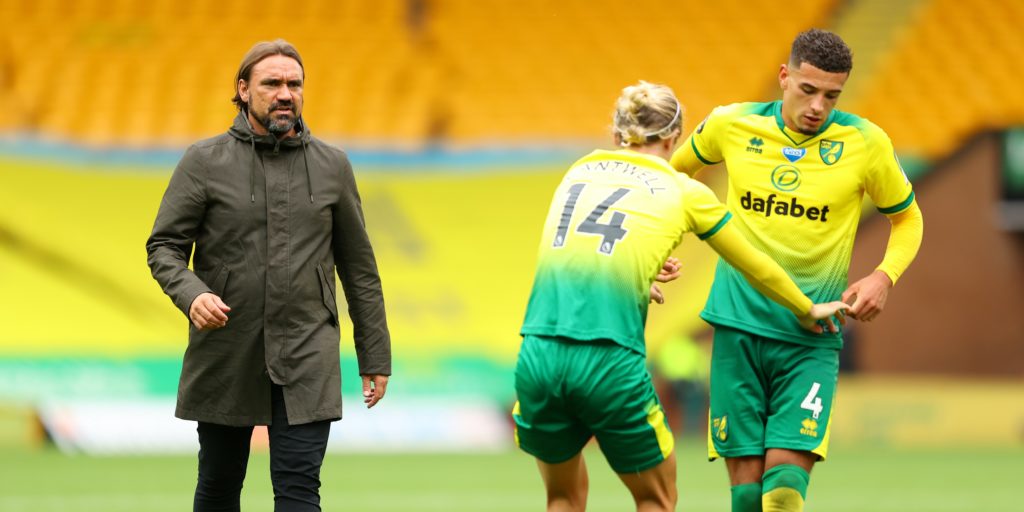 The Canaries are seven points adrift of safety and look doomed to relegation from the top flight.

Daniel Farke believes his players will “grow as human beings” and be better for their experience in the Premier League.

Norwich’s hopes of surviving their first season back in the top flight were all but dashed in Saturday’s 1-0 home defeat to Brighton.

Farke’s side, who face Watford in another relegation battle at Vicarage Road on Tuesday, are seven points from safety at the foot of the table with five games remaining.

“For the young lads it’s not that easy, especially for some of them,” said Farke, whose side won the Sky Bet Championship in impressive fashion last term. “From the first day with us we just knew one direction.

“They were praised and praised and successful, they went from win to win and now for the first time in their career there are some disappointments or some criticism.

“That’s always difficult to handle, but we have experienced players, coaching staff, myself, we have the whole club to be there and back them.

“Out of this experience you learn the most for your career and every player has to go through difficult times and through setbacks, that’s quite normal.

“That’s a part of the journey and also to grow as a player, to grow as a human being. It’s never nice to go through, but it’s important to have this experience.”

Farke accepted after last weekend’s disappointment that an instant return to the second tier was inevitable, but insisted his players would not be waving the white flag in their remaining matches.

“It’s important that we show our pride, that we invest a lot and are able to give good performances and of course, to win as many points as possible,” he said.

“As long as everything is possible, at least in a theoretical way, we’ll definitely keep going and keep fighting, that’s for sure.”

The 43-year-old German, who signed a new three-and-a-half-year deal in March last year, hopes his players can now play with freedom until the end of the season.

“It’s important we go there focused. The pressure is even more on Watford because everyone expects us right now to be relegated,” he said.

“Watford against us, who in the eyes of 99 per cent of human beings will be relegated, they need to win their home games.

“The pressure is on them and we want to make it as difficult as possible for them to beat us and show some resilience and for that I want our players to be unbelievably focused.”

Farke confirmed he will be without star man Todd Cantwell (hamstring) on Tuesday, while fellow midfielders Alex Tettey (knee) and Kenny McLean (ankle) will both be assessed.