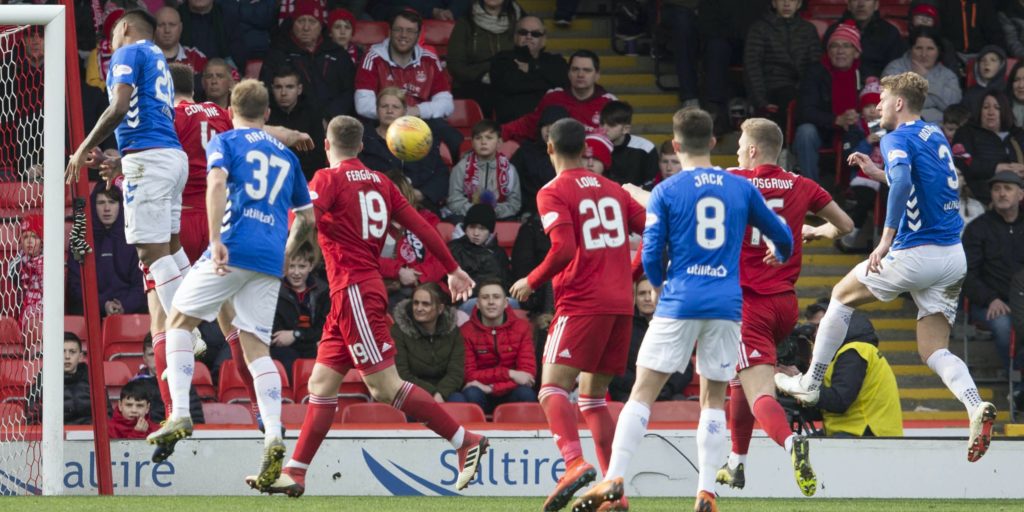 The league restarts on August 1.

The Ladbrokes Premiership fixtures were announced on Monday morning, giving fans plenty to look forward to ahead of the big kick-off on August 1.

Here, the PA news agency takes a look back at five classic top-flight encounters which took place on the opening day.

New Ibrox hitman Marco Negri announced himself with a league debut double against the Jambos, scrambling home his first before chipping Gilles Rousset for a stunning second. He would go on to hit 33 goals before the turn of the year but an eye injury suffered while playing squash with team-mate Sergio Porrini halted his form – and Gers’ bid for a 10th title in a row.

Celtic’s new managerial partnership of boss John Barnes and director of football Kenny Dalglish were dubbed the Dream Team by the excited Hoops faithful and they got off to the perfect start as Henrik Larsson and Mark Viduka struck twice apiece in a Pittodrie mauling. But Barnes’ Parkhead reign turned into a nightmare and he was sacked following a humiliating Scottish Cup defeat to Inverness.

Just two months after having the SPL title ripped out of their hands by Motherwell on Helicopter Sunday, the Hoops were back at Fir Park with new boss Gordon Strachan in charge. This time it was the Glasgow giants who were celebrating at the end as Craig Beattie’s injury-time equaliser ensured a first-half John Hartson hat-trick did not go without reward as they claimed a dramatic point.

Hearts made their Premiership return in style as Robbie Neilson’s side came out on top in this seven-goal thriller. After unveiling the Championship flag, they threatened to blow Saints away early but every time they got their noses in front, back came Tommy Wright’s Perth outfit. In the end it took a close-range Sam Nicholson strike to secure the points.

Steven Gerrard experienced a roller-coaster ride during his first campaign in charge at Ibrox and there were plenty of thrills and spills during his side’s opening Premiership clash last year. The Light Blues found themselves a man down at Pittodrie after just 12 minutes as Alfredo Morelos was sent off for a kick out at Dons defender Scott McKenna – a decision later overturned on appeal. Despite their numerical disadvantage Gers dominated and took a deserved lead on the half-hour mark with a James Tavernier penalty. But Gerrard’s league bow ended in disappointment as Reds youngster Bruce Anderson fired home in stoppage time to hand the hosts a point.