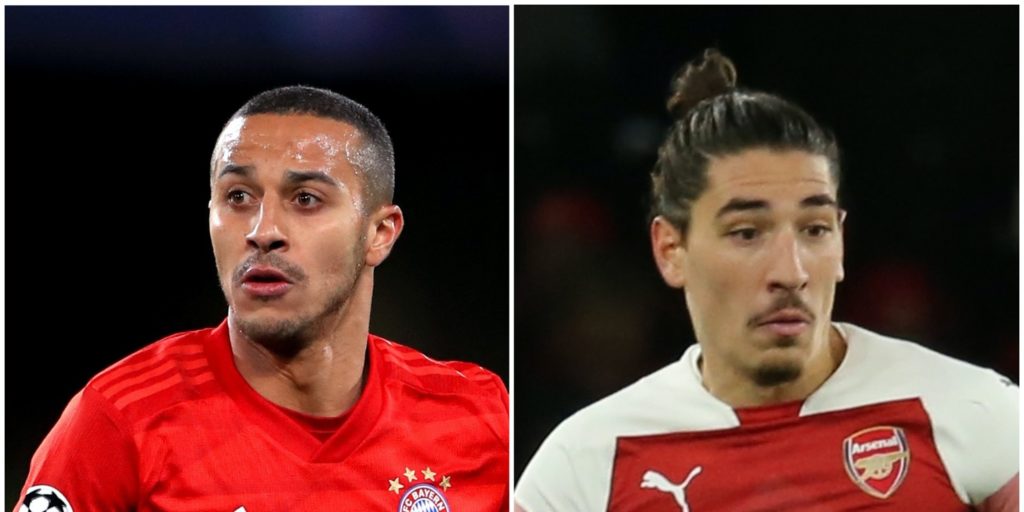 One of Spain’s finest is looking for a new challenge in England.

Thiago Alcantara is reportedly “desperate” to play in the Premier League and could be heading to Merseyside as Liverpool consider a GBP 32 million deal for the Bayern Munich central midfielder. The Daily Mail says Liverpool “are interested” in signing the 29-year-old Spain international, who has just one year left on his contract and wants to experience another league after stints in the Bundesliga and LaLiga. But the Sun reports Bayern manager Hansi Flick has insisted he is trying to convince Thiago to stay in Bavaria.

Lionel Messi is a step closer to leaving Barcelona, reports the Daily Mirror. The paper says the 33-year-old forward is frustrated over a lack of quality players at the Nou Camp and believes he has been made a scapegoat for the club’s problems. Talksport claims Manchester City could sign the Argentina captain if manager Pep Guardiola leaves the north-west.

Paris St Germain are monitoring the situation with Arsenal right-back Hector Bellerin , according to the Daily Express. The 25-year-old has been in north London for nine years and is reportedly in demand among Europe’s elite with Juventus and Bayern Munich also interested in his signature.

The Daily Express says Chelsea are preparing to sell six players to fund a bid for Bayer Leverkusen’s Kai Havertz. Among the players said to be likely to go are Danny Drinkwater, Marcos Alonso, Michy Batshuayi, Tiemoue Bakayoko and Kenedy. Emerson Palmieri could also be cut so the Blues can afford the 21-year-old Germany international, who Bayer Leverkusen value at GBP 90m.

Allan Saint-Maximin: The 23-year-old Newcastle winger is being courted by Arsenal and Napoli, according to Le10 Sport.

Alexandre Lacazette: The Daily Mirror reports Arsenal will begin talks about a new contract with their 29-year-old France forward.