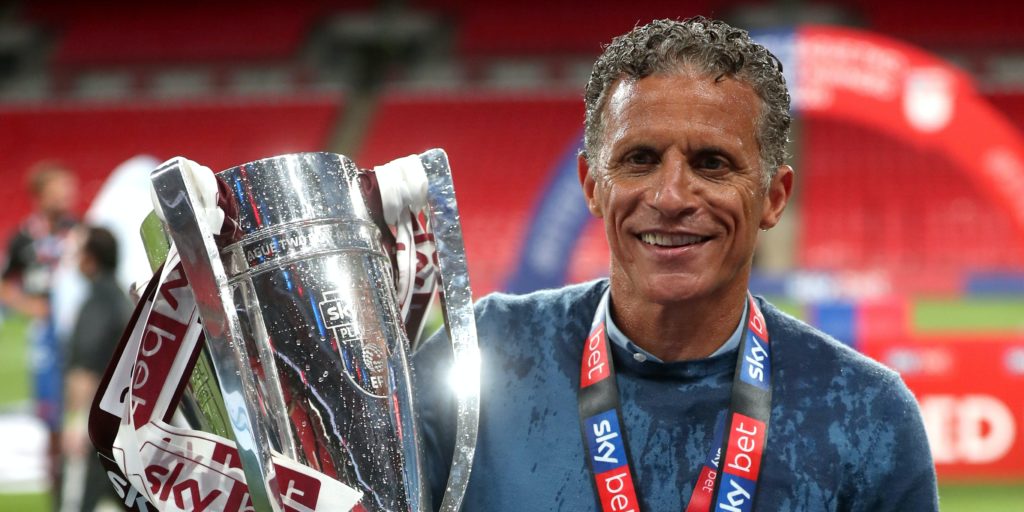 Curle guided the Cobblers into League One through the play-offs.

Keith Curle has agreed a new two-year contract with Northampton.

Curle guided the Cobblers into League One through the play-offs after they overcame a 2-0 first-leg semi-final deficit against Cheltenham and then strolled to a 4-0 win over Exeter in the Wembley final.

The 56-year-old arrived at Sixfields in October 2018 and after steering the club away from relegation trouble launched a successful promotion campaign this season.

The Cobblers also enjoyed their best FA Cup run for 16 years before being beaten by Derby in a fourth-round replay.

Chairman Kelvin Thomas told the club’s official website: “Keith has made a huge impact and he fully deserves his new contract.

“In a short space of time he has instilled a real professionalism, a drive and a unity in the playing squad that supporters can really relate to and he has given the club a playing identity.

“We are delighted with the progress we are making and we are looking forward to the challenge of adapting to play at a higher level under Keith.

“We are really pleased Keith has signed this new contract as our planning for life in League One continues.”