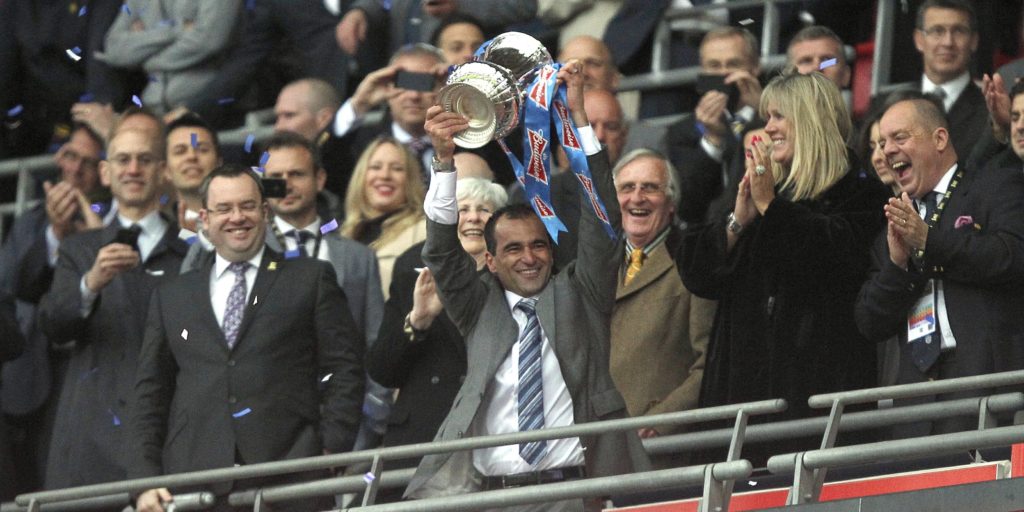 The Belgium coach hopes the EFL will look again at its owners’ and directors’ test.

Former Wigan manager Roberto Martinez has joined the calls for an investigation into the decision to place the club in administration.

The Spaniard, who led the Latics to FA Cup glory in 2013 having spent six years as a player at the club between 1995 and 2001, does not believe the timing of the decision by the owners was “normal”.

Local MP Lisa Nandy has written to the Government and the English Football League asking for an inquiry, after the club changed hands last month and was put in administration on July 1.

“Without going into too much detail, if you have been 19 months owning a football club and the investment over that period has been a big investment, all of a sudden the team is almost mid-table in the Championship, I don’t think that the timing of this administration was normal.

“You would think that you would try other avenues to try to maybe get financially in a better state before you take this drastic decision.

“So I do feel there is a very important cause for investigating the administration in this case. The rules are there to be taken on, but it doesn’t look too clear to me how this administration came about.”

The administrators have promised to investigate, but their immediate priority is to find a buyer after it was made clear to them that no further funds would be forthcoming from the owners, Next Leader Fund LP.

Martinez hopes what has happened will force the EFL to look again at its owners’ and directors’ test.

Belgium coach Martinez added: “When you’re an owner you’ve got a very strong role being a custodian of a football institution that goes through generations.

“Maybe the fit and proper person test to become an owner needs to be reviewed and probably the focus should be on putting measures in place which the owners need to follow very clearly so the football clubs are protected.”

One of the devastating consequences of administration is the 12-point deduction the club face. The sanction will be applied to this season’s table if Paul Cook’s men do enough on the pitch to stay up.

Martinez says Wigan’s FA Cup success seven years ago was proof that “miracles can happen in football”, and said if the Latics can overcome this additional hurdle and stay in the Championship the players will have carved themselves a place in the club’s history.

“There is an opportunity for Paul Cook and his staff and his players to make history in big letters, because this is a very unfair challenge that they have been served on the pitch,” Martinez said.

The 46-year-old, who formed part of the ‘Three Amigos’ alongside fellow Spaniards Isidro Diaz and Jesus Seba when he joined Wigan in the mid-1990s, has no doubt Wigan supporters will pull together to help the team as they have in difficult times before.

“It was a huge decision to leave (Spain) as a young boy, the comfort of your family and your people at the age of 21, come to the British game and feel like home,” he said.

“Wigan Athletic has got that magic as a football club, it’s a family club and it allows you to feel very much at home away from home.

“This is another chapter of showing the real Wigan Athletic essence – that is to be proud, to help each other and to push to the limit to make sure that the good people that there are in the football club – because there are good people in there now – that they can help the administrators and find the right owner going forward.”