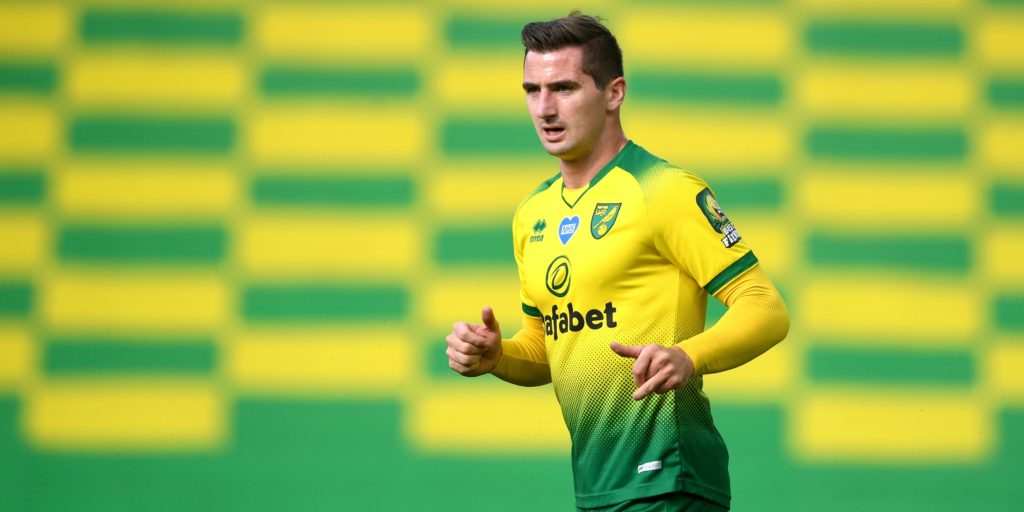 Canaries boss Daniel Farke insists it is too early to focus on next season.

Kenny McLean says it’s important everyone at Norwich sticks together during the final five matches of the Premier League season.

The Canaries suffered a 1-0 defeat at home to Brighton on Saturday to put the Carrow Road club on the verge of relegation.

Daniel Farke’s men have lost all five games since the restart and while a swift return to the Sky Bet Championship now looks a certainty, the Scottish midfielder insists they must keep fighting for the shirt.

“There’s five games to go, we need to show a reaction and show some self-pride,” McLean said. “It’s not mathematically done but it’s not looking too good for us.

“It’s easy when you’re winning to stick together, but I think we all want the same thing and we all want to win and do well for this club. We can’t forget that and come away from that.

Saturday was another nail in the coffin for Norwich’s survival hopes, but it essentially secured Brighton’s Premier League status.

Like Farke, Seagulls boss Graham Potter looks to play a progressive style of football with an emphasis on possession.

Asked about the difference between Norwich and Brighton, McLean complimented the east Sussex outfit and admitted consistency has proved costly for the league’s bottom club.

He added: “If we went and bought four players worth however much money, would it improve us? I’ve no doubt.

“We felt we had the squad to come into the league and do well and we’ve shown at times we can handle it, but just not enough. That’s a simple fact.

“We’ve just not done it enough and been consistent enough, which this league demands and it has been tough.

“Brighton do play in a similar way, but they’ve found themselves with a lot more points than us and deservedly so because they are a good team.”

Norwich travel to Watford on Tuesday next and Farke has admitted he will continue to focus on this term until the final match of the campaign.

“Yes from my part until the summer break my thoughts will be truly concentrated on this season,” the German manager said.

“It’s too early to judge or speak about this (next season) so we will do this when it is time for this.

“Right now it costs enough energy to lead this group, especially when they are disappointed, and to make them keep going for the last few games because that’s what they have to do.

“My whole focus is we present this yellow shirt as positive and as successful as possible in the last five games.”