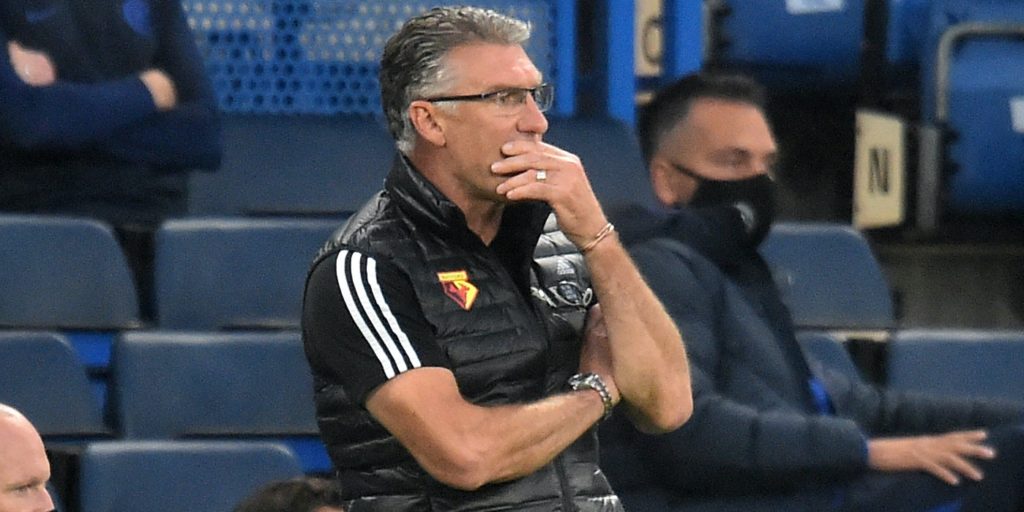 Pearson’s men are in 17th place in the Premier League.

Watford boss Nigel Pearson is looking for a reaction from his players against Norwich on Tuesday after the Hornets suffered a third successive loss over the weekend.

Saturday’s 3-0 defeat at Chelsea followed reverses at Burnley and at home to Southampton, leaving Pearson’s men in 17th place in the Premier League, a point above the relegation zone, with five games to go.

Ahead of rock-bottom Norwich’s visit to Vicarage Road, Pearson told a press conference on Monday: “We recognise how important the game is. It’s one we look forward to, we want to get a response from, a reaction from another defeat the other night.

“It was disappointing but there were some good signals from that game. All these games now are big and we just have to embrace the challenge.

“There is a desire (in the squad) to improve on our performances and results for sure, and the important thing is we get the balance right between being calm about the situation but also recognise the necessity to perform and pick points up.”

Pearson, who took charge in December with Watford bottom of the table, added: “The important thing is we understand our situation, that we don’t fear it.

“We’ve placed ourselves in a more realistic position that we were in at one point this season, and it’s now about being able to perform in a way which gives us the best chance.

“Do we believe in ourselves, do I believe we’ve got good players? Yes, and I think the players are really keen to improve on our current form. We need to show fighting spirit, and we also need to have the ability to still make good decisions, and play as well as we can.”

In four games since the restart, there have been only two goals for Watford – a acrobatic stoppage-time equaliser by defender Craig Dawson in a 1-1 draw with Leicester, and an own goal in the 3-1 loss to Southampton.

When asked how he would assess the confidence of his attackers, Pearson said he had seen “positive signals” in his players’ eyes.

“We’ve not created the types of chances and certainly not scored goals in the way we have done in the past, but again, that is something we will continue to work at,” Pearson said.

“Individuals always have a better opportunity and chance, certainly as forwards, if the team’s functioning as well as possible.

“Confidence – yeah, players may question themselves confidence-wise, but again, the framework of what we try to do as a team will help that.

“I look at our players in training, you look into their eyes, and I get lots of positive signals back from them.

“We just have to back ourselves and keep calm about it but also, like I’ve already said, we have got to perform and find ways of winning games. If it is ugly sometimes, I don’t care, it is just about getting enough results.”