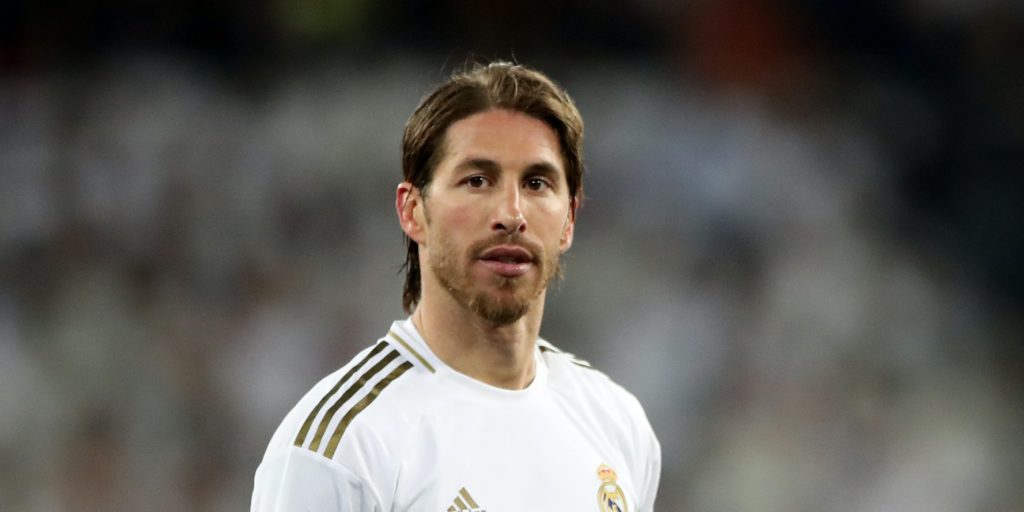 Barcelona picked up all three points at Villarreal.

Real Madrid remain four points clear of Barcelona at the top of LaLiga thanks to captain Sergio Ramos’ latest winner, this time at Athletic Bilbao.

The centre-back again proved the difference on Sunday in a case of deja vu for Real after they had also beaten Getafe 1-0 on Thursday after a spot-kick from their skipper.

Following a goalless first half at San Mames, the visitors were given the chance to go ahead in the 73rd minute when Marcelo was fouled.

The appeals were initially waved away, but the video assistant referee awarded the penalty and Ramos made no mistake from 12 yards for his 10th league goal of the season.

Barca responded later in the evening with an excellent 4-1 victory at Villarreal, with Lionel Messi at his menacing best.

The Argentinian set up Luis Suarez and Antoine Griezmann to put Quique Setien’s men 3-1 ahead at the break.

Pau Torres had put through his own net after three minutes to give Barcelona the lead before Gerard Moreno levelled for Villarreal.

Messi soon took over and, after helping himself to a brace of assists in the first half, he thought he had got on the scoresheet in the second period only to be denied by VAR.

It was not to matter in the end, with Ansu Fati grabbing a late fourth for Barcelona as they returned to winning ways ahead of Wednesday’s derby with Espanyol.

Getafe lost ground in the fight for Champions League qualification after they played out a stalemate at Osasuna, which leaves the Madrid-based club sixth and four points off the top four.

In the basement battle between Espanyol and Leganes, the latter clinched a 1-0 triumph over the bottom side. Jonathan Silva struck for the visitors in the 53rd minute and the hosts finished with 10 men after Jonathan Calleri received his marching orders late on.

In Italy, Bologna all but ended Inter Milan’s faint title hopes after the hosts missed a penalty during a 2-1 loss at the San Siro.

Romelu Lukaku’s 20th league goal of the season put Antonio Conte’s side ahead in the 22nd minute, with Ashley Young involved after delivering the initial cross into the area.

Inter’s task was boosted further when Roberto Soriano was shown a red card with 57 played and four minutes later the home side were awarded a spot-kick.

Lautaro Martinez was denied, however, and so was Roberto Gagliardini’s follow-up strike before Musa Juwara equalised with 16 minutes left from Stefan De Vrij’s corner.

To compound a frustrating day for Inter, Alessandro Bastoni picked up a second yellow card before Bologna then clinched the points when Musa Barrow drilled home in the 80th minute to leave them 11 points off Juventus.

Atalanta are now only a point behind in fourth position after a 1-0 victory at 10-man Cagliari.

Luis Muriel grabbed the winner from the penalty spot with 27 minutes gone after Ruslan Malinovskiy had drawn a foul against Andrea Carboni, who was sent off.

Jose Callejon fired the hosts in front much to the delight of boss Gennaro Gattuso after 55 minutes, but Arsenal loanee Henrikh Mkhitaryan responded five minutes later.

In a fiery contest which produced six cautions, Insigne smashed home to give Napoli the spoils.

Karol Linetty’s first-half brace boosted Sampdoria’s survival hopes in a 3-0 home win over Spal. Manolo Gabbiadini added the other for Claudio Ranieri’s side, who are now seven clear of the relegation zone.

17th-placed Genoa were able to come back from two down to draw 2-2 at Udinese after Andrea Pinamonti scored in the seventh minute of stoppage time from the rebound of his his own penalty kick.

Brescia moved off the bottom with a 2-0 victory at home to Verona, while a double from Erick Pulgar, both penalties, handed Fiorentina a 2-1 success at Parma – their first since the competition resumed.