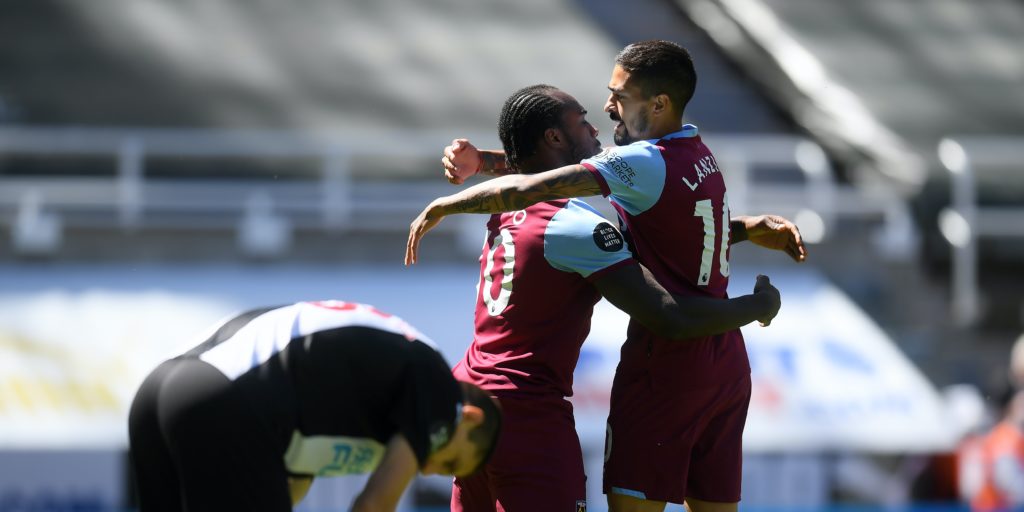 The Hammers are four points clear of the bottom three with five games to play.

Michail Antonio is confident West Ham can save themselves if they can cut out the errors which cost them victory at Newcastle.

The Hammers remain in Premier League relegation trouble after Sunday’s 2-2 draw at St James’ Park, in which they twice led before being pegged back.

However Antonio, who opened the scoring on Tyneside with his second goal in as many games, is convinced their growing potency in attack will see them to safety – if they can tighten up at the back.

He told West Ham TV: “The positive is that we got a point from the game, but the negative is that we feel we’ve dropped two points. When we keep dropping points after taking the lead, we need to be more resilient.

“We need to try to keep the leads in the games because we’ve done it too many times this season. Now we’ve managed to show our attacking form and we are scoring goals, we need to shore up our back as well.

“We’re definitely a little bit disappointed because we feel like we’ve dropped two points because we created a lot of chances.

“But the positives are we got a point, we’re four points clear of the bottom three, three points clear of Watford and the games coming up give us a good opportunity to pull away.”

David Moyes’ men host ninth-placed Burnley on Wednesday evening before potentially pivotal clashes with Norwich and Watford, two of the four sides currently below them in the table.

Antonio said: “The mindset for our next few games is that we want three points from each of them, and that’s what we believe we can get.”

Four days after beating Chelsea 3-2 at the London Stadium, the Hammers picked up where they had left off at Newcastle as Antonio fired them into a fourth-minute lead and they regained the lead through Tomas Soucek with 24 minutes remaining following Miguel Almiron’s equaliser.

However, their advantage was wiped out within seconds when Jonjo Shelvey ensured the game finished all square, in the process lifting his club to 12th place in the table on 43 points.

Shelvey told nufc TV: “We know the lads in the dressing room are fighters and we give it our all for this club.

“When they scored, it was against the run of play, but we knew we could get back into the game.

“We’re disappointed, but they’re fighting for their lives. We’re safe, but we want to try to finish as high as possible.”

A hard-fought point came at a cost for Newcastle head coach Steve Bruce, with Isaac Hayden and a weary Allan Saint-Maximin hobbling off to join Sean Longstaff on the sidelines.