Hammers far from safe in battle to beat the drop, insists David Moyes 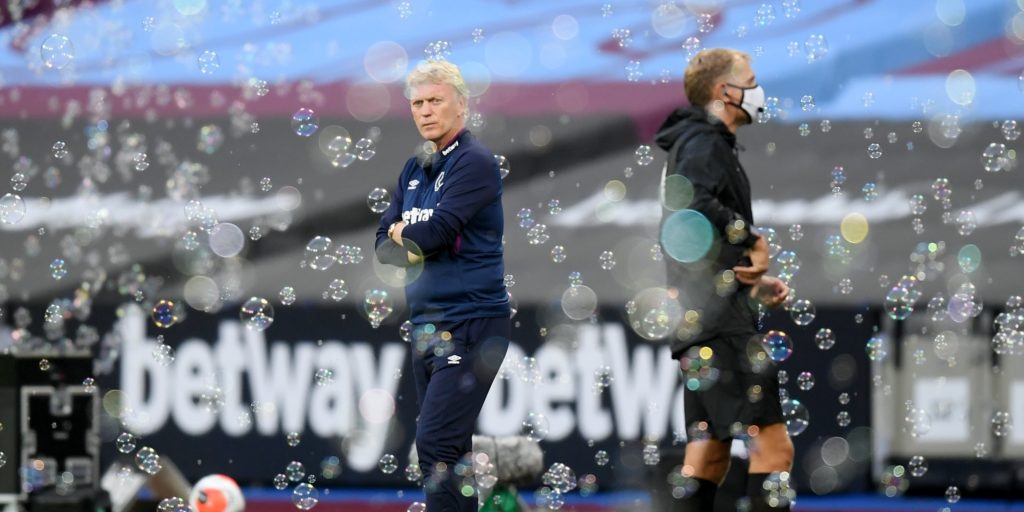 The West Ham boss will not rest on his laurels even if his team beat Burnley on Wednesday.

David Moyes insists West Ham’s survival mission will be far from over even if they beat Burnley.

The Hammers edged four points clear of the drop zone after a win over Chelsea and a draw at Newcastle, and will put further daylight between themselves and the bottom three with a victory on Wednesday night.

However, boss Moyes said: “I wish it was that easy to sum up.

“We keep asking for better. We’re scoring goals, which we weren’t doing in the first couple of games. We’re now asking for us to defend better and keep the goals up.

“We’re creating chances, I think the football has been good at times, but I still think we can improve on it.

“But the big thing as you know is to make sure we get out of trouble and win the games. We’ve got a big job to do to keep our noses in front. We intend to stay in front.

“All the games are really important, the same question was asked before we went to Newcastle and the importance of that.

“What we are trying to do is focus on the next game, play as best we can under difficult circumstances for players having to play so many games in a short period, with no crowds.

“But hopefully the players can keep their focus and keep playing the way they have been playing.”

Moyes will hand a late fitness test to record signing Sebastien Haller, with the striker back in training after a hip injury.

“Haller is doing better, he trained yesterday and we will see how he comes through but he is certainly getting closer to being available,” said Moyes.

“Whether he is ready to play is a different thing.”

Felipe Anderson is still sidelined due to a slight hamstring problem and Robert Snodgrass has a back injury.