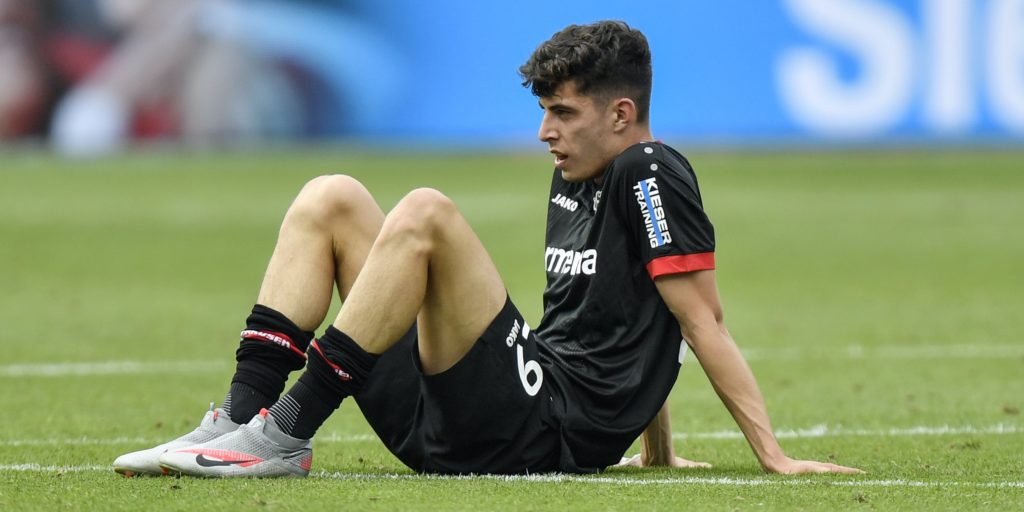 The coveted 21-year-old Germany international will tell the Bundesliga side he wants a transfer this summer.

Chelsea are in pole position to sign Kai Havertz with the Germany midfielder ready to tell Bayer Leverkusen he wants to leave this summer.

The coveted 21-year-old Havertz will tell Leverkusen he wants a transfer this summer and that would put Chelsea at the top of the queue for his signature, the PA news agency understands.

Havertz is also being tracked by Bayern Munich and Real Madrid, but Chelsea are thought to have the edge over both clubs for a deal this year.

Bayern’s big-money transfer to bring in Leroy Sane from Manchester City is expected to limit further spending power this summer, while Madrid could also struggle on the financial front.

Chelsea’s continued staunch backing from owner Roman Abramovich puts the Blues on a robust footing in the transfer market.

While other clubs count a high cost due to the coronavirus pandemic, Chelsea have already stolen a march on several rivals by recruiting both Timo Werner and Hakim Ziyech.

Where Liverpool backed off from a move for Germany striker Werner, Chelsea were able to strike, recruiting the prolific RB Leipzig hitman for GBP 53million.

Ziyech’s capture from Ajax will prove another boost to boss Frank Lampard’s attacking arsenal for next term, and the Blues are seemingly not about to stop there.

A deal for Havertz would become another major coup, but Leverkusen would likely be pushing for a fee in the region of GBP 90million for their most highly prized young asset.

Chelsea’s squad remodelling under Lampard could yet also include summer moves for Declan Rice and Ben Chilwell.

West Ham’s England star Rice came through the Chelsea academy before switching to the Hammers, and the west Londoners are now understood to be intent on bringing him back to Stamford Bridge.

The versatile Rice would most likely be favoured as a centre-back should he return to the Blues, despite his prowess in defensive midfield.

Lampard has also long admired Leicester’s England left-back Chilwell, but this again would be another transfer to command a sizeable fee.