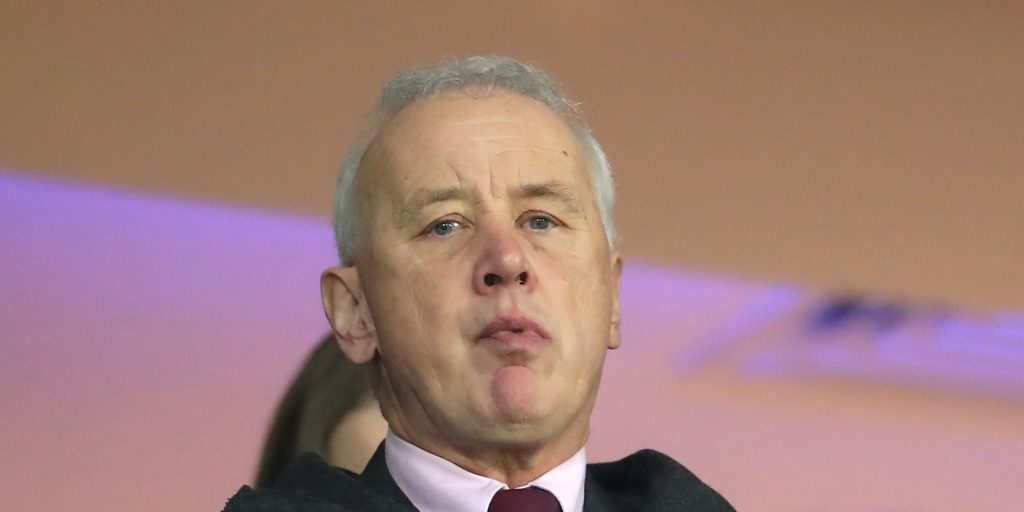 The Sky Bet Championship club is facing a 12-point penalty.

EFL chairman Rick Parry has vowed to get to the bottom of the crisis at Wigan after claiming English football has been treated with “disrespect”.

The Sky Bet Championship club was placed into administration by new owners Next Leader Fund, headed by Au Yeung Wai Kay, just a month after they took over.

The Latics have appealed against a 12-point penalty which could see them relegated at the end of the season.

Parry confirmed that the Hong Kong-based group, which claims to have invested in excess of GBP 40million in the club, passed the EFL’s owners’ and directors’ test, but was shocked by the decision to call in the administrators.

He told BBC Sport: “It was a tremendous shock – a bolt from the blue. Normally if a club is facing administration, you get warning signs. Generally they don’t pay HMRC, they don’t pay the players, there are problems with creditors and it happens gradually.

“It makes absolutely no sense to us – it’s a real mystery. I’ve never seen anything quite like it.”

Parry, who played down rumours that the club may have been at the centre of a betting scam, admitted the EFL’s powers to call the owners to account may be limited but promised to do all he can to investigate the matter.

He said: “We want to and we are determined to. How confident can you be when it is thousands of miles away with limited jurisdiction? It will be challenging.

“We want to try to get to the bottom of this because, on the face of it, the Wigan staff, the fans, the players, the town… English football has been treated with disrespect in this.”

Parry also condemned owners who are placing their own clubs in financial difficulties by gambling on reaching the Premier League and the riches on offer.

He said: “The Championship is a financial nonsense. We’ve got clubs spending 107 per cent of their income on wages, we’ve got the major distortion of parachute payments, we’ve got GBP 400million of owner-funding required, GBP 16million per Championship club.

“There are owners gambling on getting into the Premier League. It’s unsustainable.”