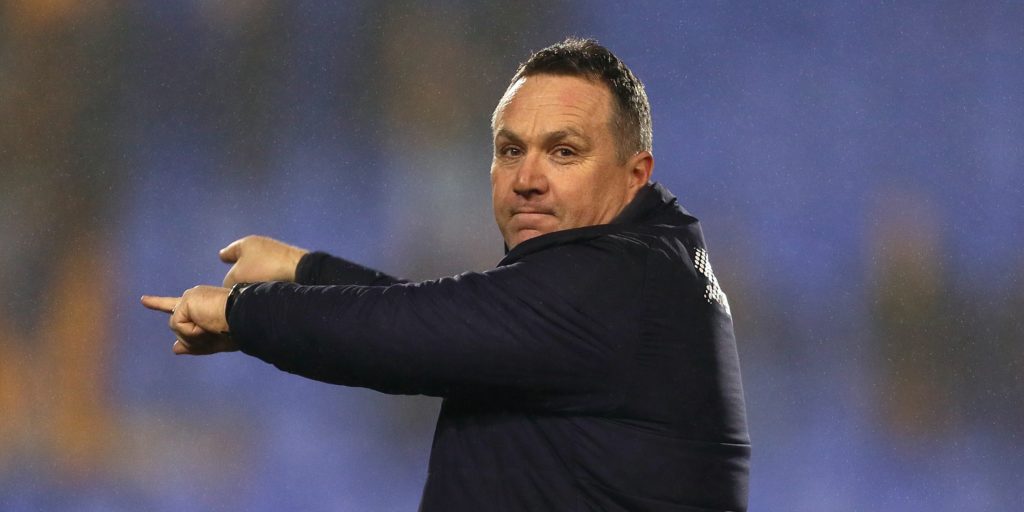 The Scot left Tranmere to take over at Tannadice on Monday

Micky Mellon has been “blown away” by the talent he has seen in his first few days as Dundee United boss.

The 48-year-old Scot took over at Tannadice on Monday after compensation was agreed with Tranmere.

Speaking in a zoom broadcast conference, Mellon revealed that Lee McCulloch and Gordon Forrest, part of the backroom staff under former boss Robbie Neilson who returned to manage Hearts, “have gone or will be moving on”.

He also enthused about his new squad as he begins to prepare for United’s return to the Premiership after being declared champions of the Championship when the coronavirus outbreak brought a halt to football in March.

He said: “I said to the players when I met them that it is not often the case that when you take over the football club that they are the champions.

“They sort of moved around in their seats because of the pause that has happened, they have kind of forgotten that, but I haven’t.

“I have been blown away by the level of talent. I want to carry forward that momentum, harness that and keep moving the club forward and enjoy the feel-good factor that is around the club at the moment.

“I have to remember that I have the champions so they are doing a lot right and they deserve the opportunity to go out there and blossom.

“I am so pleased and excited that we have so much here. It is a very exciting group of players that we have here and I want to make sure we nurture them, give them the opportunity to play first-team football for Dundee United.”

He said: “I only got the chance to speak to Gordon really, Lee had already gone. That is up to them, no bad feeling. I don’t know what their plans are.

“I knew that there were some people who could step in and now that I have seen the quality of Dave Bowman and Granty that there is no rush.

“I can sit back and know that they are quality operators and if and when we do bring in any more coaching staff I can make sure we get the right one.”

Mellon returned to his homeland aware of the off-field battles that are raging on in Scottish football.

Hearts and Partick Thistle’s legal battle against relegation is set to take place behind closed doors after a judge ruled it should go through the Scottish Football Association arbitration process.

United appealed to rival clubs to help fund their GBP 150,000 legal bill after vowing to fight on against attempts to deny Scotland’s lower-league champions promotion.

“I will go out tomorrow and try to make the players better,” said Mellon.

“No matter what happens, that is what I am employed to do here. I am not going to say that I am not aware of certain things going on.

“But that is not my job to be concerned about that, that is for people who are detailed with those jobs and who are paid to go and do that.

“I won’t lose my focus on my job. Nothing will derail my thoughts.”