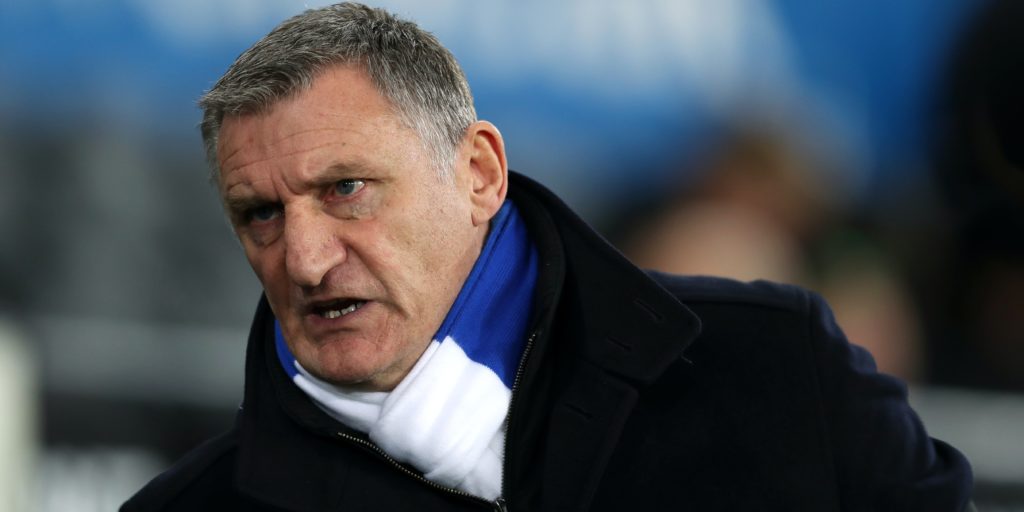 The forward’s first-time shot from 45 yards in the 70th minute won it for Rovers after they twice came from behind to equalise.

Armstrong’s first-time shot from 45 yards in the 70th minute won it for Rovers after they twice came from behind to equalise.

An outrageous lob from Will Vaulks gave Cardiff the lead before Danny Graham levelled. Robert Glatzel then put the home side back ahead but Dominic Samuel responded for Rovers.

Armstrong won it in the second half with a strike fit to seal three points.

“Adam has probably got his own goal of the season award going on. He’s been doing it for however long he’s been at this club so we shouldn’t be surprised when he scores great goals,” Mowbray said.

“He’s a joy to work with and is also getting better with his role in the team. We’ve lost a lot of goals out of the team and yet we have still functioned well even without players like Bradley Dack. Adam has stepped up in his absence.”

Mowbray continued: “I think it was a deserved win on the balance of play. We were struggling at half time to see how we were getting beaten, but the result was fair in the end.

“Tonight we took the chances we created. That’s been different in other games.

“We are talking to the team about performance and we will move on to the next one now and not worry about who we can catch.”

Cardiff looked on course to continue their fine form after Vaulks and Glatzel put them 2-1 up at the break but Blackburn were the better side in the second half.

Cardiff manager Neil Harris said: “First and foremost I’m frustrated of course. The third goal is just a brilliant strike – it’s a moment of class. He’s put it in the net from 45 yards, so fair play to the lad.

“The little bit of the rub of green we’ve had in previous games wasn’t there. We have to look at ourselves – did I pick the right team? It’s not a time for over-analysing it.

“We just need to move on to Friday and a tough game against Fulham. We have had to work ridiculously hard to get where we are.

“This is a reminder that if we don’t win all the little duels then we are not as good as other teams. We have to rake it on the chin and wait for other results.

“There are two weeks of the season left so it’s no time for regret.”