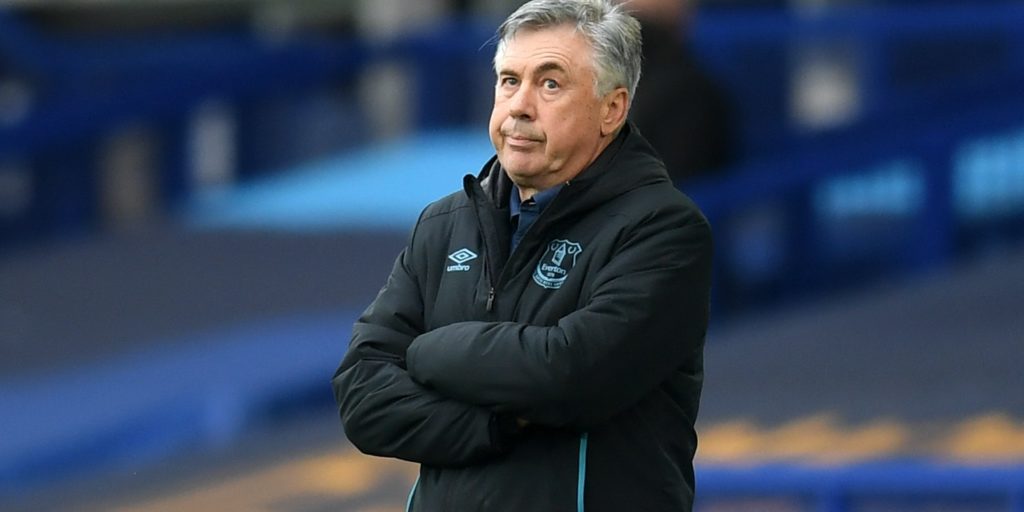 Richarlison scored the equaliser before being brought down by Jan Bednarek on the edge of the penalty area.

Everton manager Carlo Ancelotti was not impressed with referee Lee Mason’s performance in the 1-1 draw at home to Southampton but refused to criticise the official for the one real controversial decision of the game.

The match was finely poised after Richarlison’s effort just before half-time had cancelled out Danny Ings’ 19th Premier League goal of the season, when the Brazil international was brought down by Jan Bednarek on the edge of the penalty area.

Bednarek looked like he was the last defender but the official showed only a yellow card and VAR agreed the foul did not warrant a red.

“I don’t want to judge the single episode,” said the Italian.

Everton were sluggish in the first half, having lost to Tottenham on Monday, but improved after the break following some tactical changes by Ancelotti.

The Toffees boss admitted his side were fortunate to go in level at half-time.

“The performance was not good in the first half, much better the second half and we were more in control,” he added.

“The key point for the first half was we left too much space between lines and they were controlling possession.

“Second half was much better, we started to win more second balls, more fighting.

“It was a fantastic goal (from Richarlison), a fantastic finish but we were lucky in the first half, we didn’t deserve to be drawing.

“It was a difficult game, Southampton played better than us but I think the result was quite fair.”

Saints boss Ralph Hasenhuttl had, understandably, a different perspective on the Bednarek incident.

“I think it wasn’t even a foul because he clearly plays the ball so I can’t understand why it was a foul,” said the Austrian.

“We know when you touch Richarlison he goes to ground quickly and we had to handle it but we didn’t give him a lot of chances.”

Hasenhuttl praised Ings for his contribution but also felt the team deserved credit.

“Every week he pushes hard and works hard for the team,” he added.

“When he scored he knows how important he is for our side. The rest were playing also well – we had a few chances and we were unlucky we only took one point.

“I would have liked to have seen a third win in a row – we didn’t do it so far – but when you’ve conceded an equaliser sometimes the tables can turn.

“It was a very committed performance from my side. We deserved more than a point but against Man City (a 1-0 victory on Sunday) we could have a lost. This is football.”