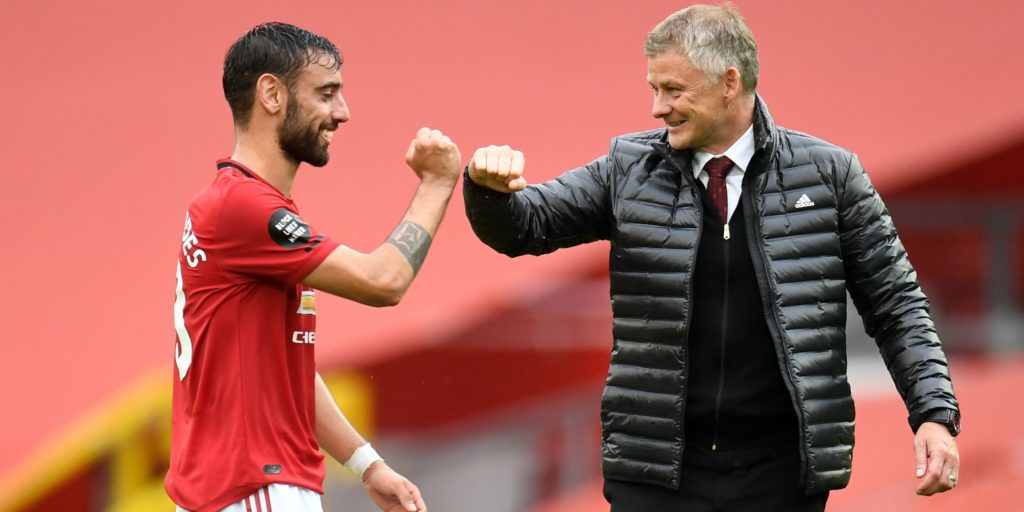 Executive vice-chairman Woodward has warned it might not be “business as usual” in the transfer market.

Ole Gunnar Solskjaer says he is pitching realistic and sensible transfer targets to Ed Woodward as the Manchester United boss looks to build a title-challenging side – one he hopes Paul Pogba will commit his long-term future to.

FA Cup, Europa League and Champions League qualification remain within United’s grasp, but their intention to build towards a Premier League title tilt could be hampered by the impact of Covid-19.

Executive vice-chairman Woodward has warned it might not be “business as usual” in the transfer market and said “speculation around transfers of individual players for hundreds of millions of pounds this summer seems to ignore the realities that face the sport”.

United continue to be linked with countless signings, but the surprisingly low fee that saw Leroy Sane switch Manchester City for Bayern Munich last week suggested a move away from the inflated transfer values seen in recent years.

“There’s got to be realism,” Solskjaer said. “I think the whole world has changed, both financially and the perception that we’ve got on values.

“So every time I put the case in front of Ed, I think it’s a sensible one and it’s a realistic one.

“I think I’ve proven to the club that I’ve always got the club in the front of my mind and the best for the club. I don’t think short term or personally this would fit me for a short space of time.

“I’ll always think long term and try to be making good deals. I’m always quite careful with money, my own personal money as well.”

Striking a good deal could be tough given the uncertain backdrop, but speculation continues over, among others, a summer move for Aston Villa captain Jack Grealish.

The 24-year-old faces United on Thursday and will be looking to repeat his standout display in December’s 2-2 draw at Old Trafford to kickstart struggling Villa’s hopes of beating the drop.

Solskjaer knows his players have to be “aware” of the threat posed by Grealish, who it was suggested has the chance to audition for a move to United.

“Everyone’s said that we’ve got easy games in the run in because of this, that or the other,” Solskjaer said. “We know it’s not the case.

“Every time any player plays against Man United it’s a challenge, first of all because Man United is a bigger team but also the whole world is watching.

“It’s not just playing in front of Man United supporters or manager or team, it’s for himself. You want to prove to your family and yourself that you’re a good player, so I can’t answer any different than that.”

The PA news agency understands United have looked at the impressive attacking midfielder as a potential signing but their priorities may well lie elsewhere given the way their attacking unit has flourished.

Solskjaer was coy on United’s priorities at a press conference in which a potential contract extension for Pogba was broached following fellow midfielders Scott McTominay and Nemanja Matic signing new deals.

The 27-year-old expressed his openness to an exit last summer, but the market has changed due to the coronavirus pandemic and the midfielder appears to be enjoying his football towards the end of an injury-hit season.

Pogba’s contract expires next summer – although it is unthinkable that the club will not invoke their one-year extension clause – and Solskjaer would like him to sign extended terms.

Asked if plans are in place to try and get Pogba to sign a new deal, Solskjaer said: “Well, I can’t comment on discussions between players and the club.

“But of course we want to keep the best players around the club. We want to build a squad for the future.

“Scott and Nemanja, they’re in a similar position but at different stages in their careers. One at the start, one really experienced. We also need players in that mid-range group, so hopefully we can do something.

“I know that since Paul’s come back now he’s looking better and better. He’s just enjoying his football and let’s see where it takes us.”