Wigan Warriors bid to save Wigan Athletic backed by council 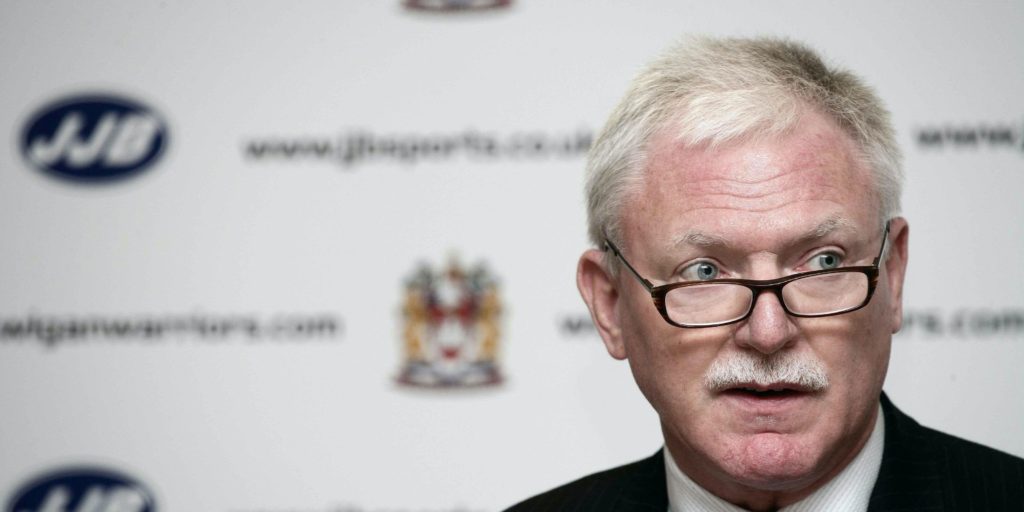 The Championship side were placed in administration on July 1.

The bid by the owners of Wigan Warriors rugby league side to take over the town’s stricken football club has been given council backing.

Wigan Council says it supports Warriors’ owner Ian Lenagan’s efforts to buy the Sky Championship side, who were placed into administration by owner Au Yeung Wai Kay on July 1.

The council has offered to support the 75 members of club staff made redundant as a result of the administration, while its leader David Molyneux has written to the English Football League chairman Rick Parry.

Molyneux has called on Parry to indefinitely suspend the 12-point penalty for the club entering administration, saying that “failings in (EFL) processes” had contributed to the situation. He described the situation Wigan found themselves in as “a gross misjustice”.

“Wigan Council has backed a bid by Wigan Warriors owner Ian Lenagan to buy Wigan Athletic – a week after the Championship club announced it was going into administration,” a statement from the council read.

Molyneux added: “Wigan Athletic Football Club means so much to so many in our town, which is why we feel it’s important we do everything we can to secure its future.

“Our business teams are on standby ready to offer their help to Wigan Athletic employees.

“We have worked with local partners to support any residents who are at risk of or made redundant to find new employment and this will be available. We will do all we can to help those affected.”

In his letter to Parry, Molyneux wrote: “It was disappointing to read that you intend to continue with applying the penalty of a deduction of 12 points at the end of the season.

“I would urge that given the unique circumstances of this case, and the potential for failings in your own processes to have contributed to this situation, that you suspend any threat of the 12-point deduction penalty indefinitely.”

Administrators confirmed on Tuesday that they had lodged an appeal against the points penalty, under the ‘force majeure’ clause within the EFL’s regulations.

They have until Friday to submit all relevant evidence in support of the appeal.

Au Yeung says the coronavirus pandemic “fundamentally undermined” his ability to fund the club. Parry has stated that argument does not “stack up”, with the takeover not formally completed until June 4.

Administrators say they hope to make a decision regarding a preferred bidder by July 21.