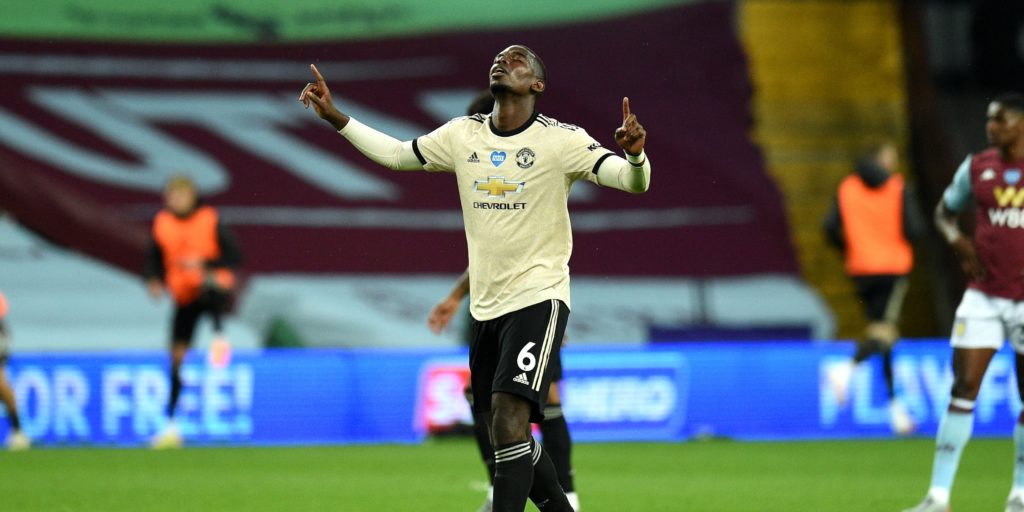 The midfielder says he is not thinking about his future at the club.

Paul Pogba is focused on winning the FA Cup and Europa League rather than his Manchester United future.

The World Cup winner scored his first goal of an injury-ravaged campaign on Thursday, wrapping up a 3-0 Premier League win at embattled Aston Villa.

Pogba is playing with a smile on his face a year on from admitting his openness to a move away from Old Trafford, with the France international even reportedly willing to extend his deal.

Asked if he has had a change of heart about staying at the club, the 27-year-old told Sky Sports: “Right now, I’ve been injured for a very long time.

“I focused on myself to get back and help the team as much as I can.

“This year we have two goals: to go for the Europa League and the FA Cup. So, we focus on that.”

Pogba’s desire for a successful end to the season was a common theme in his post-match interview.

“We’re really pleased with ourselves but we know we have to carry on,” he said.

“We talk before the game, we talk in training that we have to carry on. That’s what Manchester is.

“It’s a big club and we want to keep the level up always.

“The performance today and the past few weeks, they are very good and they are the standard of Manchester United.

“Always (we have to keep our feet on the ground). We didn’t win the Premier League. I mean, that’s the goal.

“We didn’t win anything this year, so obviously we have to keep working. There’s a lot to do. A lot.”

“It’s very good,” he said of the academy graduate. “I enjoy to see them play up front.

“I enjoy this kid in training and in the game and I will keep pushing him to be at the top.

“He has so much to do and he can do even more.

“What he’s doing now is just his talent and he’s showed he can play in this team.”