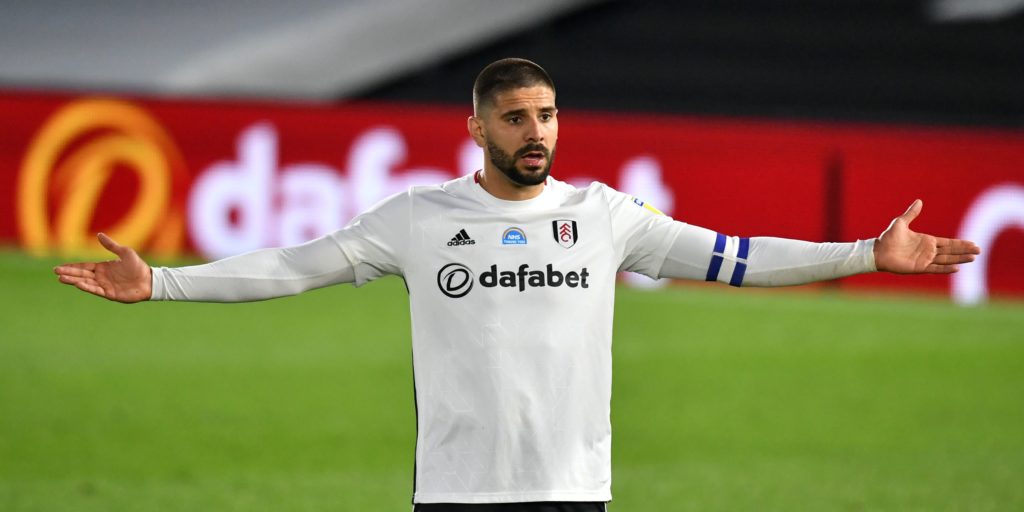 Serbia hitman Mitrovic marked his return from a three-match ban with a bullet spot-kick at Craven Cottage as Fulham sealed a fourth straight league win.

Josh Onomah later fired his third goal of the season to rubber-stamp a crucial victory for Scott Parker’s men.

The Whites leapfrogged Brentford into third place, temporarily at least, with the Bees travelling Derby on Saturday.

Fulham’s latest win will keep the pressure on the league’s top two Leeds and West Brom, but boss Parker will surely be delighted to have secured a play-off place.

Mitrovic edged back to the top of the league’s scoring charts with his 24th goal of the campaign, inching ahead of Brentford’s Ollie Watkins again.

The 25-year-old had played the villain with his retrospective ban for an ugly elbow on Ben White in Fulham’s 3-0 defeat at Leeds on June 27.

Fulham pulled off wins over QPR, Birmingham and Nottingham Forest in his absence, however – all without a recognised striker.

And while Parker’s men still struggled for fluency, both the result and Mitrovic’s goal will have Fulham buoyed up for a strong finish to the campaign.

Cardiff missed the chance to open up a four-point gap on seventh-placed Swansea, with their bitter rivals taking on Leeds on Sunday.

The visitors were left to rue Joe Ralls failing with two first-half chances, with Neil Harris’ side unable to threaten after the break.

Fulham’s first genuine chance proved to be Mitrovic’s penalty. Dion Sanderson tangled with Mitrovic in the area though, and the resulting spot-kick changed the entire game’s complexion.

Mitrovic hauled himself off the turf, approaching the ball casually before lashing home with some ferocity.

The lead flattered a Fulham side who had rode their luck on several occasions prior the the spot-kick.

Tim Ream had to endure several bouts of uncomfortable Cardiff pressing, and even had to play out for a corner from midway inside his own half.

Ralls then hit the bar with an angled half-volley, hooking high over the ball with fine technique.

The Cardiff midfielder immediately traded misfortune for a miscue however, in heading over the bar under zero pressure.

Fulham dominated the second-half as Cardiff faded, unable to force any genuine threat.

The hosts were left furious not to earn a second penalty, when a Joe Bryan cross appeared to strike Curtis Nelson’s arm – with Mitrovic then claiming he was fouled by Will Vaulks in the ensuing melee.

The Whites did quickly double their lead however, as Onomah traded passes with Stefan Johansen before drilling into the bottom corner.