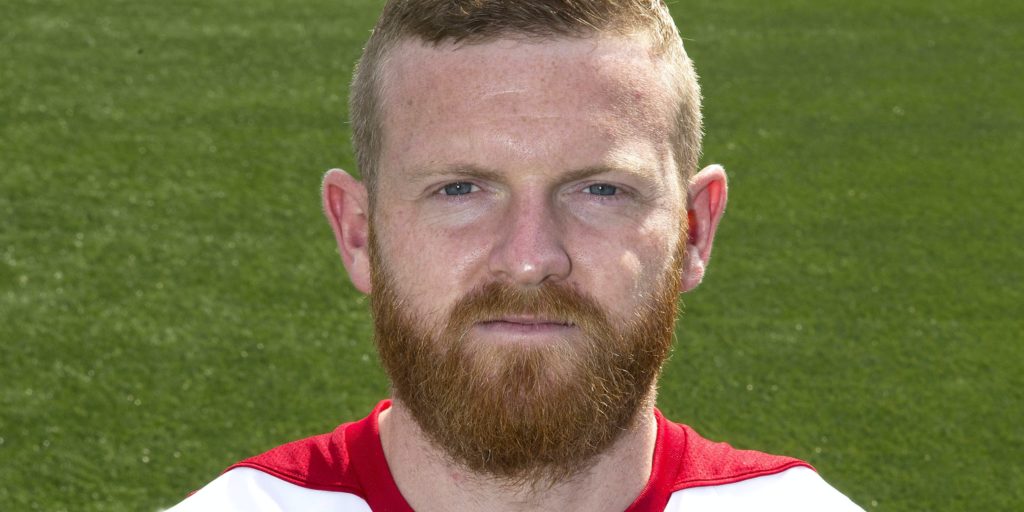 Accies will be the first visitors to the home of the nine-in-a-row champions on August 2.

Brian Easton hopes the sound of silence will help Hamilton when they visit Celtic Park in their Ladbrokes Premiership fixture next season.

Accies will be the first visitors to the home of the nine-in-a-row champions on August 2 but, unlike previous opening matches when the league flag is unfurled, Celtic will not have 60,000 fans backing them due to the coronavirus restrictions.

Speaking in a press conference, Hamilton captain Easton said: “You go to Celtic Park or Ibrox and you are already up against it when you have 50,000 or 60,000 fans that are able to give the home team a lift. It is a big disadvantage for us.

“It is still going to be really tough but we will be happier having the empty stadium than the Celtic players. It is much more of a disadvantage to Celtic and Rangers than it will be for us.

“It is going to be interesting to see what it is like to play a competitive game behind closed doors. It is still Celtic we are up against, they have very good players and you can’t really rely on a lack of the crowd to give us the advantage.

“We need to be ready to do what we have done against the Old Firm last year and match them for 90 minutes. We did really well at Parkhead, we ended up losing a last-minute goal which we were really disappointed with.

“I am sure there are not many teams that come away from Parkhead feeling disappointed or unlucky not to pick up a point. We have done that in front of a crowd so hopefully we will be on the money on August 2.”

Before the season was brought to a premature end by the coronavirus crisis in March, Hamilton were sitting second bottom, four points ahead of Hearts with eight games remaining.

Easton, who will miss at least the first couple of months of the new campaign as he recovers from an ankle operation, knows the Lanarkshire outfit will once again be widely tipped for relegation.

The 32-year-old former Burnley, Dundee and St Johnstone left-back said: “We will probably get people writing us off but we always seem to find a way.

“We know we are always going to be a team that gets mentioned with going down or struggling but it doesn’t affect us too much. We are used to it and we will concentrate on doing our thing.”

Easton hopes to be back in action in around two and a half months. He said: “I had an operation a couple of weeks ago. I am glad to have it done.

“It is just a bit frustrating because of the Covid situation, I probably could have had it done a couple of months ago.

“I hurt it at the start of lockdown when I was running to keep myself fit but we had to wait. It is good to have it done, the signs are positive.”