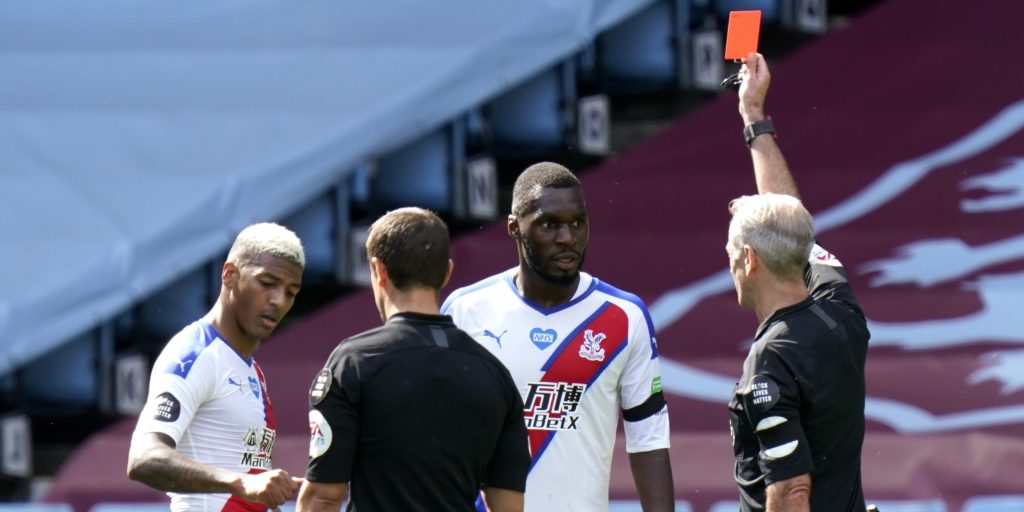 Christian Benteke will miss Crystal Palace’s home match with Manchester United in the Premier League due to his dismissal at Aston Villa.

The Belgian received a red card after the final whistle of Sunday’s 2-0 defeat for an off-the-ball incident with Ezri Konsa and will start his three-match suspension on Thursday.

Eagles boss Roy Hodgson will also be without centre-backs Gary Cahill (hamstring) and James Tomkins (thigh), but Jeffrey Schlupp has returned to training after a hip injury and will be on the bench for the Red Devils visit.

Forward Greenwood has a swollen ankle after a hefty challenge from Oriol Romeu during Monday’s 2-2 draw with Southampton, while left-back Shaw suffered a twisted an ankle against his former club and his replacement Williams was forced off after a nasty clash of heads with Kyle Walker-Peters.

United boss Ole Gunnar Solskjaer has named an unchanged starting line-up for five successive Premier League matches and said “there might be one or two fresh legs coming in”. Axel Tuanzebe and Phil Jones remain out.