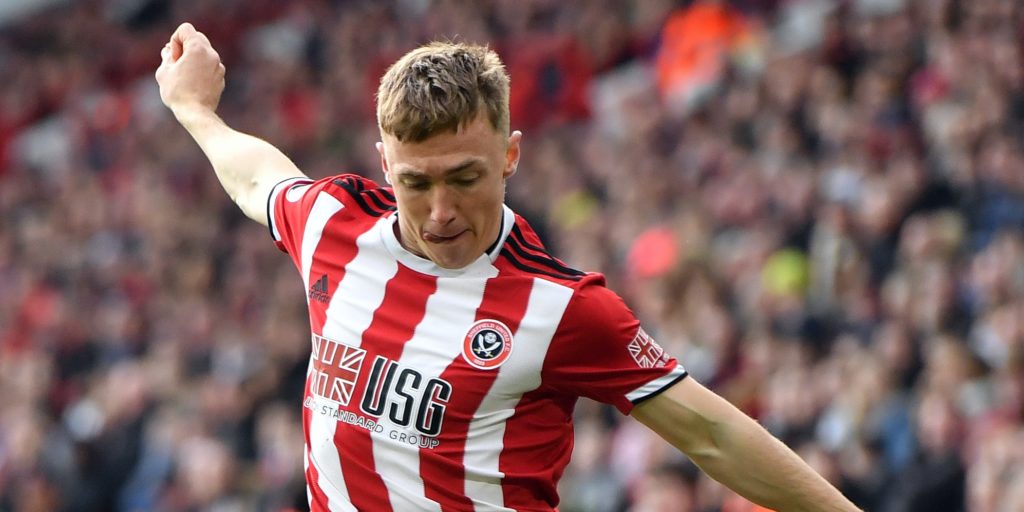 The midfielder made his first Premier League start against Tottenham on July 2.

Sheffield United boss Chris Wilder has hailed Ben Osborn as a “fantastic example” of a player who has grasped his first-team opportunity with both hands.

Osborn has had to wait patiently for his chance since his arrival from Nottingham Forest last summer, making his full Premier League debut just this month.

Wilder selected the 25-year-old against Tottenham due to an injury to John Fleck and Osborn has impressed in the absence of the key midfielder, helping the Blades win 10 points from matches against Spurs, Burnley, Wolves and Chelsea.

“He has been excellent,” said Wilder. “It is not always easy being up and down the country watching the team play well with Fleck and Enda (Stevens), but his professionalism has been amazing.

“The work they do in training and in the gym to make sure they are right…He is a fantastic example to any of the players that when the door opens, you have to be ready, physically and mentally, to take the chance and he has done that with both hands.”

Fleck could be fit to return from his groin problem at Leicester on Thursday, giving Wilder a selection dilemma.

The Blades’ recent form has kept them firmly in contention for the European places and another victory at the King Power Stadium would move Wilder’s side to within two points of fourth-placed Leicester.

However, the United boss is not getting carried away and thinks there could be many more twists and turns in the remaining games this month.

“On every level it is an exciting finish – at both ends of the table,” said Wilder.

“The majority of teams still have something to play for, there’s the relegation battle – which we are delighted we are not involved in – and there’s the top end of the table.

“We are capable of winning games of football, losing or drawing. We will reflect at the end of the season after the Southampton game.

“I have got to prepare for Leicester, which is a tough game and one we go into in good spirits and good nick.

“We are positive, and why shouldn’t we be based on the last two or three games? We need to make sure we are up there as we were against Chelsea, Wolves and Spurs.”