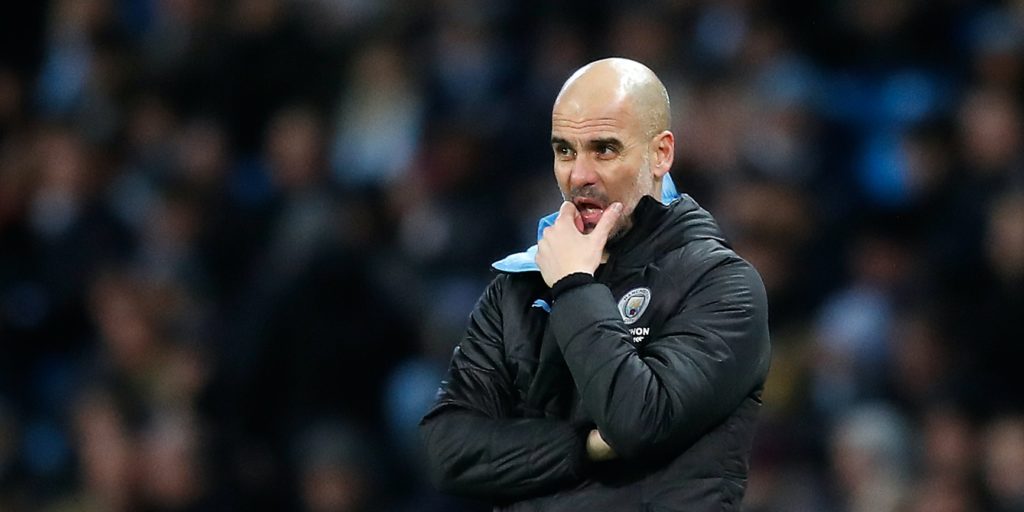 Manchester City are 2-1 up on Real Madrid in their last-16 tie.

Pep Guardiola wants Manchester City to try “until the last effort in their bodies” to win the Champions League this season.

City will have a great chance to reach the quarter-finals when the competition finally resumes next month, having taken a 2-1 lead over Real Madrid after the first leg of their last-16 tie.

City now know the second leg will be played at the Etihad Stadium on August 7, with the last eight then competing in a mini-tournament in Lisbon starting the following week.

Prior to that City will hope to have retained the FA Cup and they will bid to reach the August 1 Wembley final when they face Arsenal in their semi-final next week.

Guardiola may have become accustomed to success in his glittering career, but he sees the coming period as almost unique and a glorious opportunity to savour as they chase further glory.

The City manager said: “I feel the motivation and I think the team is there. I have the feeling that (for) my players in the club, and the organisation that we have, the next four weeks is something that is not coming back again.

“Of course we have the chance to fight (again) but the situation that we have is not coming back again.

“I think the big clubs don’t miss these chances to try until the last effort they have in their bodies.”

Reaching the final would offer City captain David Silva an opportunity to add one glaring omission from his haul of major medals.

Silva, 34, is leaving City at the end of the season after a decade’s outstanding service in which he has won four Premier League titles, five League Cups and two FA Cups. They add to the Copa del Rey he won at Valencia and, of course, the World Cup and two European titles he has won with Spain.

Guardiola said: “David has won everything – World Cup, European Championships in the national team, and the Premier League and all the titles you can achieve – except the Champions League.

“All of them want to try but the younger ones maybe they think they have more chances.

“Maybe David might go back to Europe with another top club and have another chance, but I’m pretty sure after one decade in this club, he will try – like he did last season too when we went out to a small detail against Tottenham or the other seasons like with Vincent (Kompany) or the other players who were here.