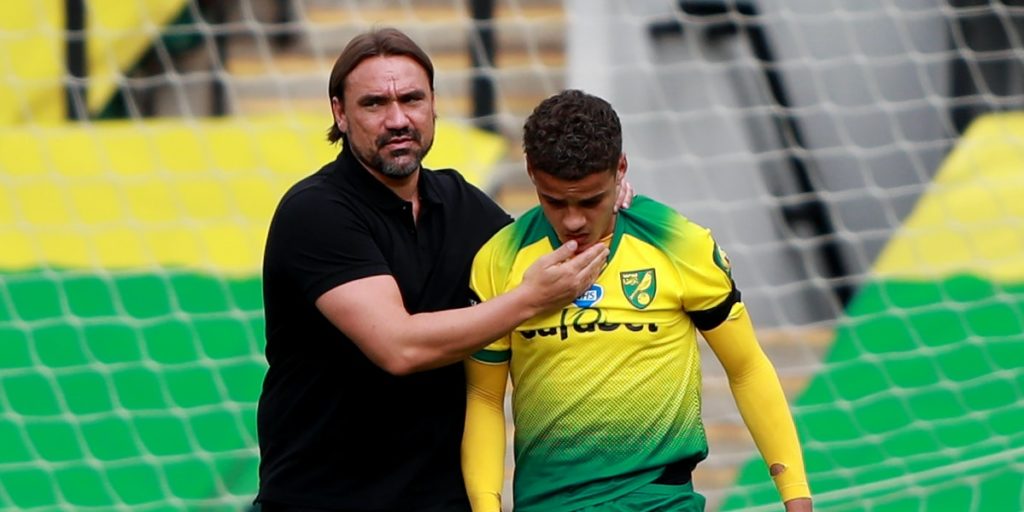 Canaries sporting director Stuart Webber says any player sales ‘will be on our terms’.

Daniel Farke has admitted the rebuild at Norwich will be a “tough task” but is excited for the challenge of trying to get them back to the Premier League.

The Canaries’ relegation back to the Sky Bet Championship was confirmed on Saturday with a 4-0 home defeat to West Ham.

Norwich do not have long to lick their wounds, with a trip to Chelsea up next on Tuesday, but Farke has started to think about the 2020-21 campaign.

“It is a tough task, without any doubt, because you can sense always when a club goes down the first year it is unbelievably difficult,” he said.

“It won’t be easy because we have to rebuild the squad, rebuild the momentum and the players have suffered many disappointments, which is not good for confidence. But this is what you have to face after relegation.

“It is always tough and the good thing is we have 46 games to work on this rebuild. I expect especially the first games to be unbelievably difficult, but because of our values, our philosophy and principles this should lead us.”

The German added: “It won’t be easy without any doubt, but easy would be a bit boring. I am always looking for challenges and that is what we face next.”

With an eye on next term, especially with a shorter period than usual between seasons, Farke wants his players to build momentum during their final three Premier League games.

A big debate surrounding the Carrow Road club is whether they will be able to keep hold of their highly rated young players.

Norwich sporting director Stuart Webber has said any departures will be “on our terms” and “for a lot of money”, and Farke is optimistic about holding on to the likes of Max Aarons, Ben Godfrey and Todd Cantwell..

He said: “First of all we have no financial pressure at all and the second reason is long-term contracts, so for that I think it is quite realistic to keep them.

“Also, we won the Championship title with them, so I think there are many topics where they have to improve.”

The Canaries boss again apologised for relegation and admitted he felt his coaching ability could make up for their minimal spending last summer.

Farke added: “I was fully aware there was a big gap between us and all the other clubs in terms of money, individual quality, experience and quality options in the depth of the squad.

“But I was hoping I was able to compensate all these gaps with my quality as a coach and I wasn’t able to do this.”

Last season Farke faced Frank Lampard in the Championship, when the Chelsea boss was in charge of Derby, and he has plenty of respect for his opposite number.

Farke feels the Stamford Bridge club are on track to compete for big honours under the former England midfielder.

“Because they are still in a bit of a transition period, with integrating young players, they perhaps don’t have the unbelievable consistency to win the Premier League title, but they are on the perfect path,” he said.

“I have all my fingers crossed for Frank that he can go on with this fantastic work and I just have compliments for him and what he has done at Chelsea.”