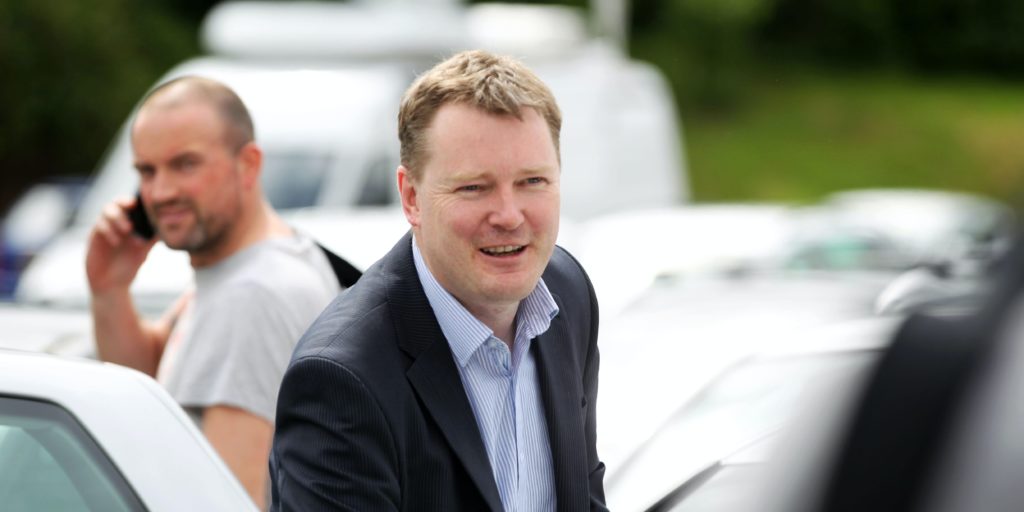 Fraser has played a key part in helping Scottish football recover and return from the coronavirus-enforced break.

Duncan Fraser will step down as a non-executive member of the Scottish Football Association board after the annual meeting on July 22.

Fraser is also leaving a similar position at Aberdeen to take up a new role as a mentor within UEFA’S business development programme, Grow, which provides support to all 55 UEFA member associations.

He has been a co-chair of the Joint Response Group’s medical sub-group along with Dr John MacLean in recent months and has played a key part in helping Scottish football recover and return from the coronavirus-enforced break.

“I have been proud to serve the member clubs as a board member of the Scottish FA and it is a responsibility I have undertaken with the utmost dedication,” Fraser said in a statement.

“I am grateful to my board colleagues for their support not only during my time as a board member but throughout my long association with the governing body.

“Playing a part in helping Scottish football return to action as part of the JRG medical sub-group has been invigorating and it is a testament to the efforts of everyone involved – including the clubs – that we are now on the cusp of seeing the national game return.

“In particular, I wish to pay tribute in that regard to the work of Dr John MacLean.”

Fraser joined the board last July, having previously served as a member of the Professional Game Board.

Mike Mulraney, Scottish FA interim president said: “Duncan’s experience as a chief executive and, more recently, non-executive director at Aberdeen has been hugely valuable to the Scottish FA beyond his year spent as a board member.

“He has been a colleague and friend for many years and I know he will be a success in his new role as mentor on the UEFA Grow programme.

“On behalf of the board and everyone at the Scottish FA, I wish him the very best for the future.”

Aberdeen chairman Dave Cormack told the club’s website: “I am grateful to Duncan for his time and dedication throughout his career at AFC.

“Duncan has not only given his expertise to Aberdeen but in recent times also held an important role as a non‐executive director at the Scottish FA.

“As co‐chair of the medical and player welfare committee, his experience has been beneficial in enabling us to get back training. We wish him all the best.”