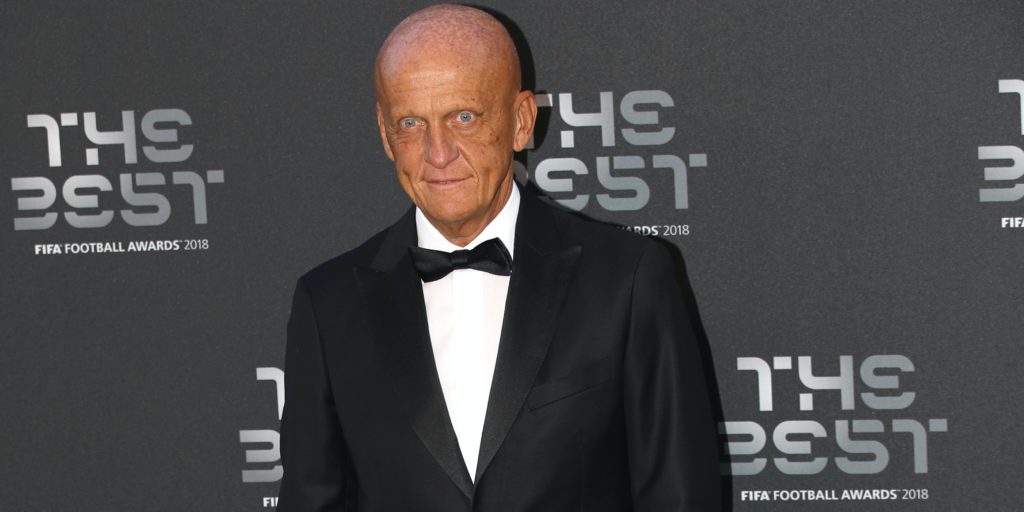 Three key decisions in the Premier League on Thursday night were subsequently deemed to be incorrect.

Referees’ chief Pierluigi Collina has underlined the importance of using pitchside monitors and warned video assistant referees must not to show the “wrong kind of solidarity” by supporting incorrect on-field calls.

The league’s policy is that referees should use the monitors sparingly and instead rely primarily on the VAR’s guidance about whether or not to change a decision, a position which is sure to come under scrutiny heading into the new season.

Collina is the chairman of the referees’ committee at FIFA. Football’s world governing body has taken over responsibility for how VAR is implemented from the game’s law-makers the International Football Association Board (IFAB), and Collina wants to see a consistent approach worldwide.

The 60-year-old Italian did not directly criticise the Premier League but warned against a misplaced sense of loyalty between officials to conceal mistakes, which he said could ultimately “kill” a referee’s career.

“Another thing to be considered (is) a sort of wrong idea of solidarity,” he told the World Football Summit.

“If you belong to a team, you always try to protect your team-mates. If your team-mate made a mistake, you try to find everything to say ‘No, no, no, he was correct’.

“It’s a sort of friendship I would say. Referees must understand the solidarity and the friendship that they want to show is to tell their colleague ‘Be careful, you might have made a mistake’.

“‘It’s better that you have another chance watching the incident on a monitor, you have assessed probably wrongly,’ so that finally you can avoid a mistake.

“A wrong decision taken in an important match, a key decision, from our experiences in the past can really kill a referee’s career. (VAR) is a very important safety net for referees.”

David Elleray, the technical director of the IFAB, said in February he would be “astonished” if the Premier League did not make greater use of pitchside monitors next season.

Collina would not comment on specific competitions, but added: “What we are trying to do is to have consistent assessment, to have uniformity, to have consistent decisions taken by video assistant referees suggesting referees to review something or not on the pitchside monitor.

“It might be very complicated to switch from what you are used to doing when you play domestically into a different way when you play internationally.”

Collina was asked about the particular difficulties encountered with offside decisions since the introduction of VAR, and whether a different way of presenting the calls might make it more accepted, in the way goal-line decisions now generally are.

“Offside can occur anywhere in 55-60 metres of the outfield, so it’s much more complicated to have the same kind of approach goal-line technology,” he said.

FIFA used semi-automated offside technology at the Club World Cup last December and Collina said it is undergoing further testing, with a view to providing the referee with instant evidence.

Collina said: “We are working. VAR is only five years old. He is a young boy, who is learning and certainly will improve.”

He said in future he expected becoming a VAR would be a specialism, using the example of the different skill sets required between a referee and an assistant.

“I had two experiences in my life as an assistant referee – and they were two nightmares,” he said.

“It is more than probable that in the future we will have specialised video match officials.”