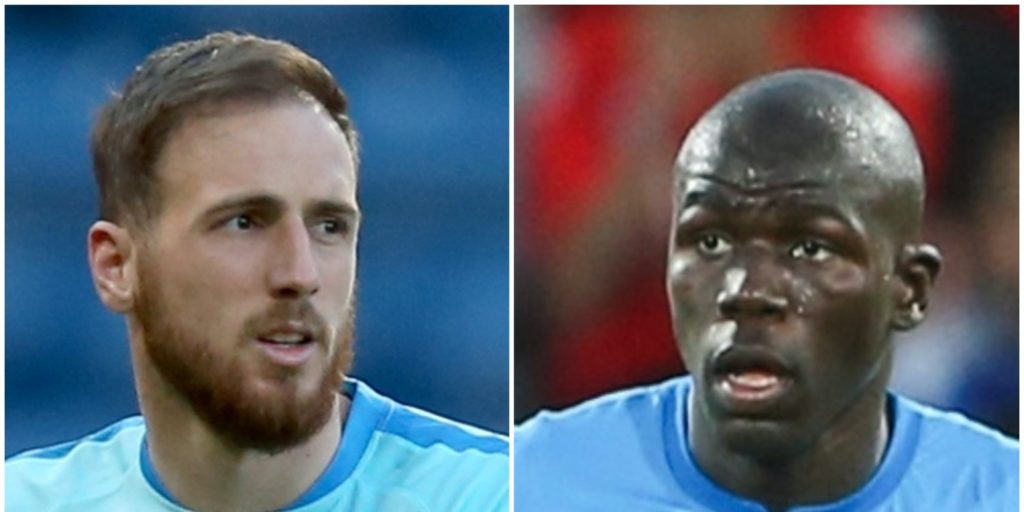 Frank Lampard has a succession plan at the back for Chelsea.

Jan Oblak will be the top goalkeeper target for Chelsea this summer, according to the Daily Mirror. Blues boss Frank Lampard is looking to change things at the back after Kepa Arrizabalaga‘s struggles this season and Atletico Madrid’s Oblak, 27, has a GBP 120m buy-out condition in his contract. The Mirror says the Blues value Oblak at less than GBP 100m so could use Kepa to sweeten any deal between Stamford Bridge and Atletico.

Manchester City are looking to rebuild their squad and The Daily Telegraph reports Kalidou Koulibaly could be the man they need. The highly-regarded Senegal centre-half, 29, has three years left at Napoli but is needed in Manchester for his height, speed and experience.

The Daily Mail says Bayern Munich are preparing to make an unexpected move for Tottenham’s Tanguy Ndombele. The paper cites France’s Le10Sport as saying the Bundesliga club is looking for midfield talent and may snap up the 23-year-old, who has fallen out of favour since signing with Spurs from Lyon last summer.

Championship club Brentford want to sign Portsmouth winger Ronan Curtis, reports Portsmouth’s The News. The Bees fear they will lose Algeria international Said Benrahma, which has prompted them to investigate a replacement in Curtis. The Republic of Ireland international, 24, scored 14 goals last season and may now end up at Griffin Park after interest from Blackburn and Reading in January faded away.

Lionel Messi: Barcelona president Josep Maria Bartomeu is “sure” the 33-year-old Argentine forward will be staying at Camp Nou after next year, according to Spain’s Mundo Deportivo which cites TV3.