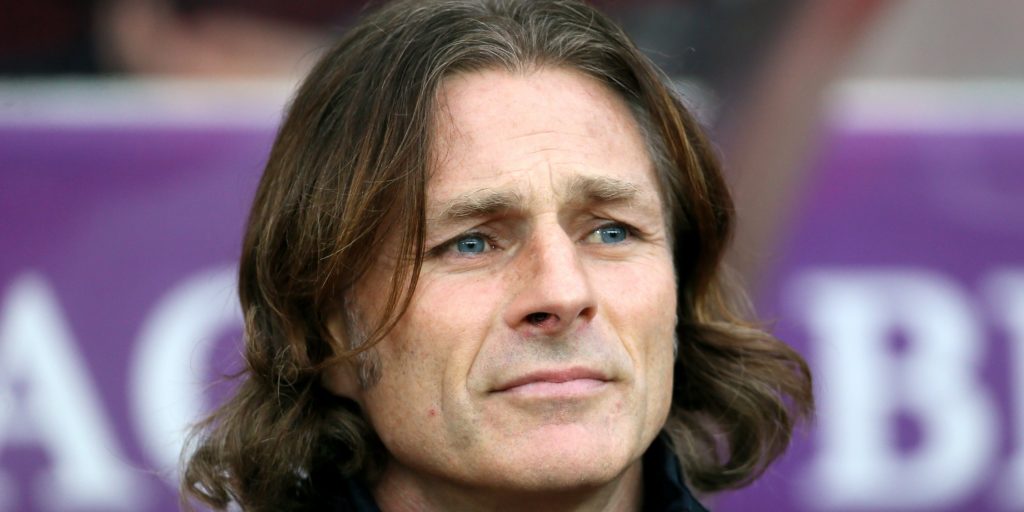 The Chairboys have never played above the third tier in their 133-year existence.

Gareth Ainsworth admits it would be an honour to rewrite the history books with Wycombe as he bids to make it third time lucky at Wembley.

The Chairboys go into the Sky Bet League One play-off final against local rivals Oxford with a chance of reaching the second tier for the first time in the club’s 133-year existence.

Manager Ainsworth suffered penalty shootout heartache with Wanderers on his previous visit to the national stadium in the 2015 League Two play-off final, while he played for Preston when they were beaten by his current team at the same stage back in 1994.

“We could be finishing this season off upsetting the record books and hopefully rewriting the history books,” said Ainsworth.

“It would be the first time Wycombe are in any sort of level like this and it would be a proud moment for me to lead them there.

“It’s a huge game, the biggest game in the club’s league history without a shadow of a doubt.

“We want to make sure we take this opportunity and grasp it with both hands.

“Every time I’ve been to Wembley it involves Wycombe Wanderers and this is number three and I’ve lost the other two so I’m hoping it’s third time lucky.”

Ainsworth is currently English football’s longest-serving manager having taken over at Adams Park in September 2012.

The club almost fell out of the EFL six years ago and would have been facing an uncertain future but for a 3-0 success at Torquay on the final day of the season which meant they scraped survival on goal difference.

He admits that tense experience puts the play-off final into perspective.

“There’s nothing to lose because Torquay away in 2014 we had everything to lose, without a doubt,” said the 47-year-old.

“I had to hang on to something, Wycombe Wanderers’ league history. (Former manager) Martin O’Neill had provided that league history, he’d got them up.

“And for me to be manager when that day happened, it wasn’t sitting right with me, it was heavy on the shoulders.

“Unlike Bristol Rovers, who went down that year, we’re not a big club like that and that could have been the end of Wycombe Wanderers.”

Monday evening’s winner-takes-all clash will be played behind closed doors at the 90,000-seater national stadium because of coronavirus restrictions.

Ainsworth says his side’s success is inspiring a fresh generation of Wycombe fans, who are shunning the temptation to follow Premier League clubs in favour of backing their local team.

He believes securing Championship football for next season would be sufficient compensation for those unable to attend the showpiece event.

“I’ve not really too much sympathy for the players, they are going to play at Wembley, they get the occasion, the fans I feel really sorry for,” said Ainsworth.

“They’ve been with us through thick and thin, we’ve got a new generation coming through.

“We all know that there have been new sales of kits and children’s kits, which is great to know that Wycombe school kids are now wearing Wycombe shirts instead of historically all the Premier League and London clubs that have been dominating this area for so long.

“They’re actually not afraid to wear a Wycombe shirt now, the players don’t realise what they have done for these people.

“I’m a real proud man to be at the front of this all but I have to give credit to all the players and all the staff, they’ve been fantastic for me this season.

“If we can go one step further, I think the fans would probably swap a trip to Wembley for Championship football next year, that might be the trade off.”