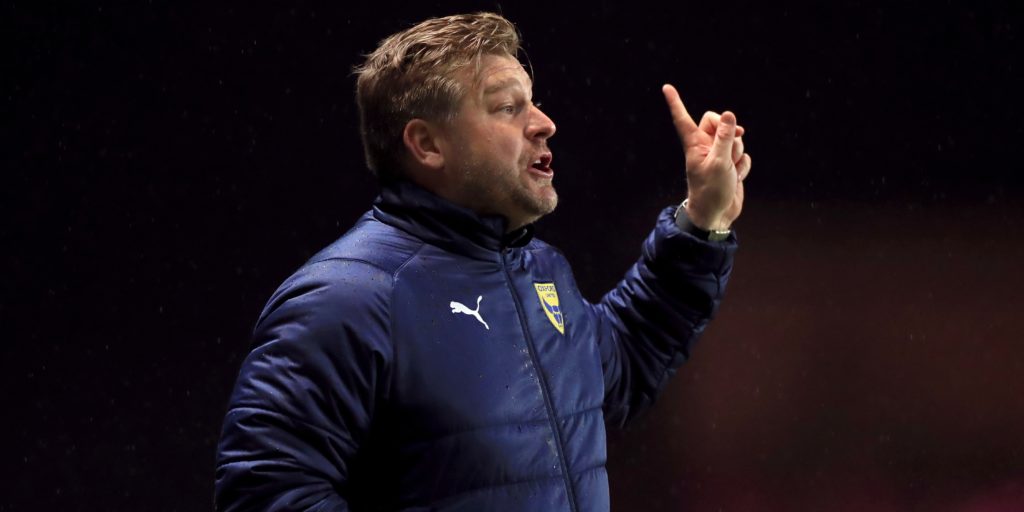 Matty Taylor is a leading candidate to take a starting spot for United.

Oxford boss Karl Robinson has confirmed he has no new injury concerns to contend with for his side’s Sky Bet League One play-off final date with Wycombe.

Midfielder Cameron Brannagan had been a slight concern for the second leg of the U’s semi-final clash with Portsmouth but he lasted the full 120 minutes before scoring the winning penalty in the shootout.

Top scorer Matty Taylor started that game on the bench but is a leading candidate to take a starting spot at Wembley.

“No new injuries, no suspensions and hopefully nobody is ruled out on medical grounds now, especially after the way we have looked after ourselves over the last few weeks,” Robinson said.

Experienced midfielder Matt Bloomfield came off during the first half of the play-off semi-final second leg against Fleetwood but is expected to be available.

Forward Fred Onyedinma scored twice on Monday to secure a 2-2 draw and 6-3 aggregate success for Wanderers.

Ainsworth may opt to stick with the team which started against the Cod Army, while the likes of Curtis Thompson, Alex Pattison and Adebayo Akinfenwa are pushing for recalls.