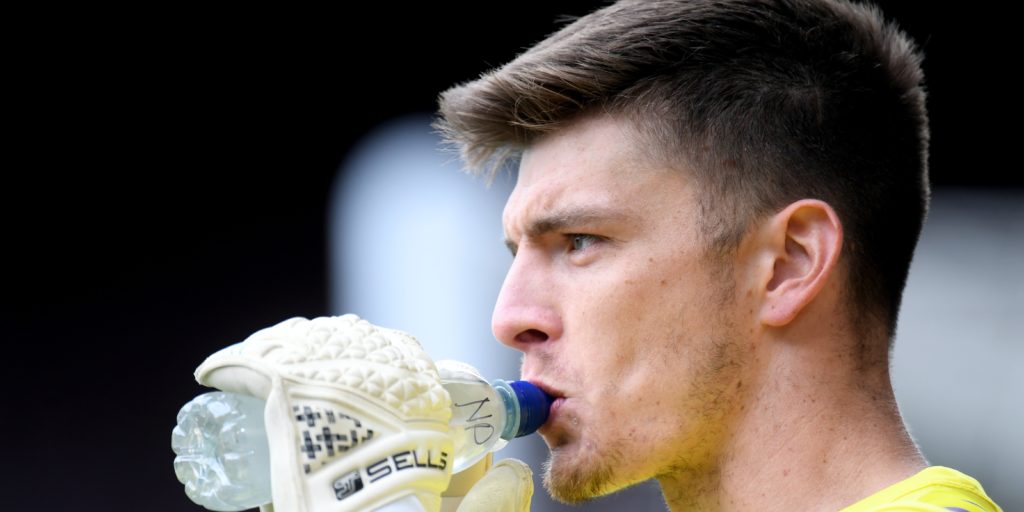 The Clarets stopper made a string of fine saves to help his side to a point at Liverpool.

Burnley goalkeeper Nick Pope paid tribute to the team effort which has put him in position to win the Premier League’s Golden Glove award.

The 28-year-old may not have been able to add to his tally of 14 clean sheets, where he has now been joined by Manchester City’s Ederson, in the 1-1 draw at Liverpool but he further enhanced his prospects of becoming a future England number one.

But despite almost keeping the Premier League champions at bay single-handedly – making two very good saves from Mohamed Salah in particular – Pope was keen to share the credit.

“It (winning the Golden Glove) would be something I would put next to my front door so I could tell everyone about it,” Pope said.

“But it really is a team effort, although it gets stuck next to my name a little bit. It is something that the boys have really, really helped me out with throughout the whole season and that is where we’ve built our character and attitude.

“We are a group that sticks together and wants to fight for each other and clean sheets are very much a big part of that.

“We are working hard, getting behind the ball and putting bodies on the line to keep the ball out of the net. That is something they have done for me since the first day I have been here.

“Without the lads working their socks off it doesn’t give me a chance, but they are there every minute working as hard as they can and it gives me confidence and really runs through the team.”

Jay Rodriguez’s equaliser at Anfield at least ensured Alisson Becker, just one behind on 13 clean sheets, could not draw level with Pope.

“I gave him a hug after,” said Pope. “It was a great finish. He has been in great form. We always feel we have a chance with our lads up front.”