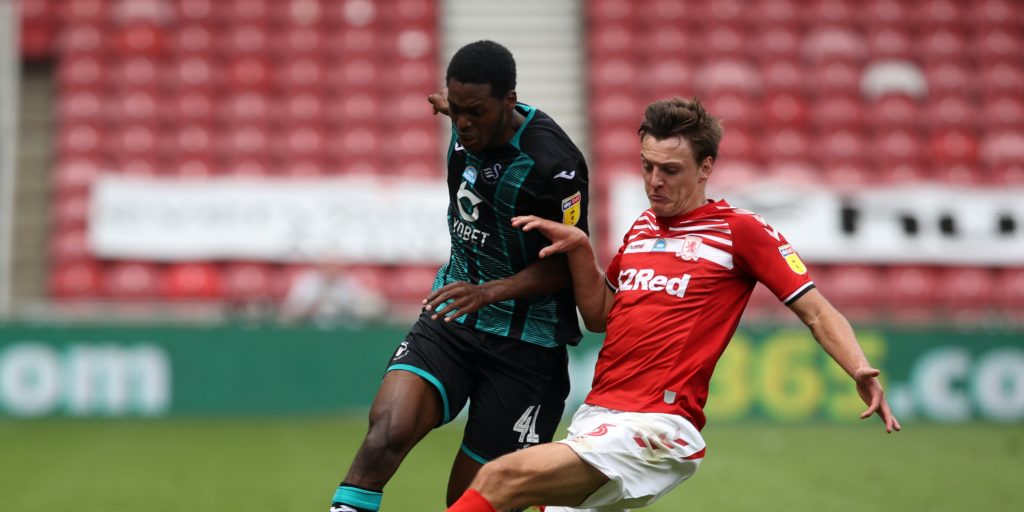 Swansea boss Steve Cooper will be boosted by the return of winger Jordon Garrick for the home clash with high-flying Leeds on Sunday.

Garrick has completed a three-match suspension following his red card at Luton last month and returns to the fold against the automatic promotion hopefuls.

Central defenders Ben Cabango and Mike Van Der Hoorn will keep their places in the starting line-up due to the lack of numbers in the back line.

Wales international Joe Rodon (ankle) and fellow centre-back Ben Wilmot (knee) are out for the season.

Stuart Dallas (glute) and Helder Costa (knee) both returned to the starting line-up and are expected to be fit for Sunday.

Pablo Hernandez stepped off the bench against Stoke as he nurses a hamstring problem, and should feature.

Goalkeeper Kiko Casilla will serve the final game of his eight-match ban and long-term absentee Adam Forshaw (hip) is still out.