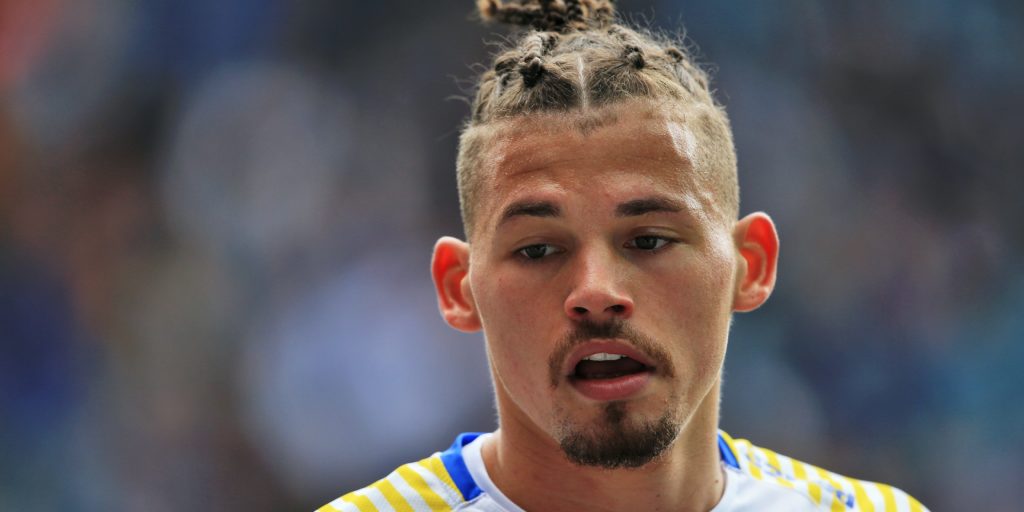 Phillips has confirmed he will not play again this season.

Leeds midfielder Kalvin Phillips is “heartbroken” to be missing the rest of the season with a knee injury.

Boss Marcelo Bielsa, whose side are four points away from securing automatic promotion to the Premier League, suggested Phillips could sit out the run-in after he emerged for the second half of Sunday’s 1-0 win at Swansea wearing heavy strapping on his knee.

The 24-year-old has now confirmed the news on social media.

Phillips posted on Instagram: “Heartbroken I will be missing the last 3 games of the season…

“Anyone that knows me knows it’s killed me that this unfortunate injury has happened and I am beyond gutted I can’t help the lads at such an important time on the pitch but I will make sure I’m there for everyone off the pitch!

“Still 3 massive games to go and we will need everyone to get to our goal.

“And for the majority of Leeds fans I can assure you I will be a nervous wreck watching just like the rest of you guys!

“One last push for everyone TOGETHER.”

Speaking at a press conference to preview Thursday’s clash with Barnsley earlier on Tuesday, boss Bielsa said: “He has a problem in the knee and probably is not going to be involved in the last three, but in the worst scenario it’s an injury we are going to resolve in four or five weeks.”

Phillips has made a significant contribution to Leeds’ promotion push this season, with his displays in the midfield holding role earning praise from England manager Gareth Southgate.

Pablo Hernandez’s late winner at Swansea left Leeds needing four points from their last three games to seal a return to the top flight for the first time since 2004.

Leeds will be guaranteed a top-two finish if promotion rivals Brentford fail to beat Preston at Griffin Park on Wednesday and Bielsa’s side take three points from the visit of relegation battlers Barnsley.

Bielsa is satisfied his players have retained their focus after the joyous celebrations on Sunday which followed Hernandez’s late winner.

“The happiness after winning with a last-minute goal is very visible for everybody,” Bielsa said. “When the hours progress it all returns to normal.

“Professionalism allows you to choose the best moves for the competition.

“They know how to manage the emotions that make them stronger and weaker as well. It’s necessary to manage those emotions to compete in the right way.”

Bielsa reported no other major new injury concerns and said he had yet to decide whether Kiko Casilla will return in goal.

Spaniard Casilla has served an eight-match ban after being found guilty of racially abusing Charlton’s Jonathan Leko in February.

Casilla, who denied the charge, was also fined GBP 60,000, while French goalkeeper Illan Meslier has conceded just two goals in his absence.