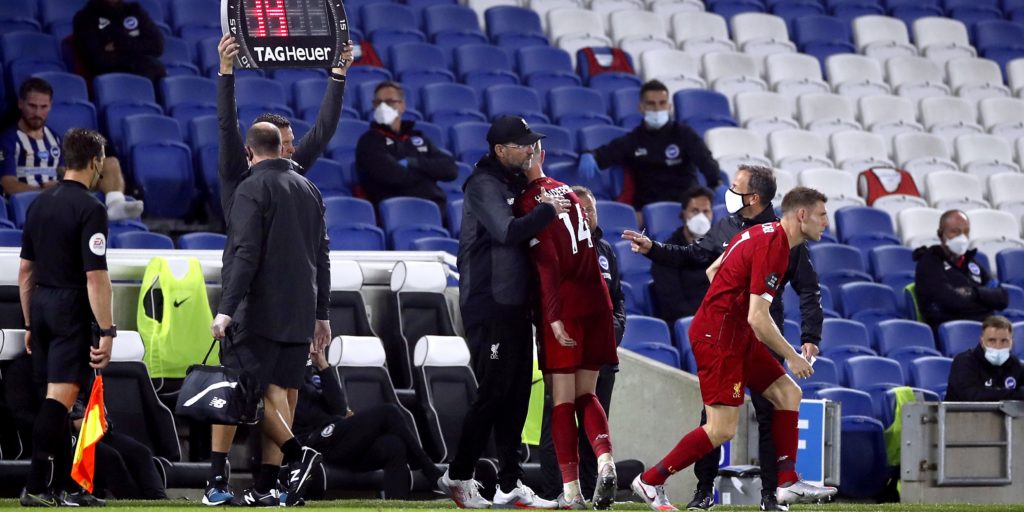 The midfielder has been ruled out for the rest of the season.

Liverpool captain Jordan Henderson’s season has been ended by a knee injury and he will not play against Burnley on Saturday.

The England midfielder was forced off late in Wednesday’s win over Brighton and scans have revealed damage to the left knee which will sideline him for a few weeks.

Defender Dejan Lovren returns after missing the last three matches with a knock.

Burnley have no fresh injury concerns for Saturday’s trip to Anfield.

Jack Cork is another out and the Burnley boss says it looks like the midfielder’s ankle issue will require surgery.