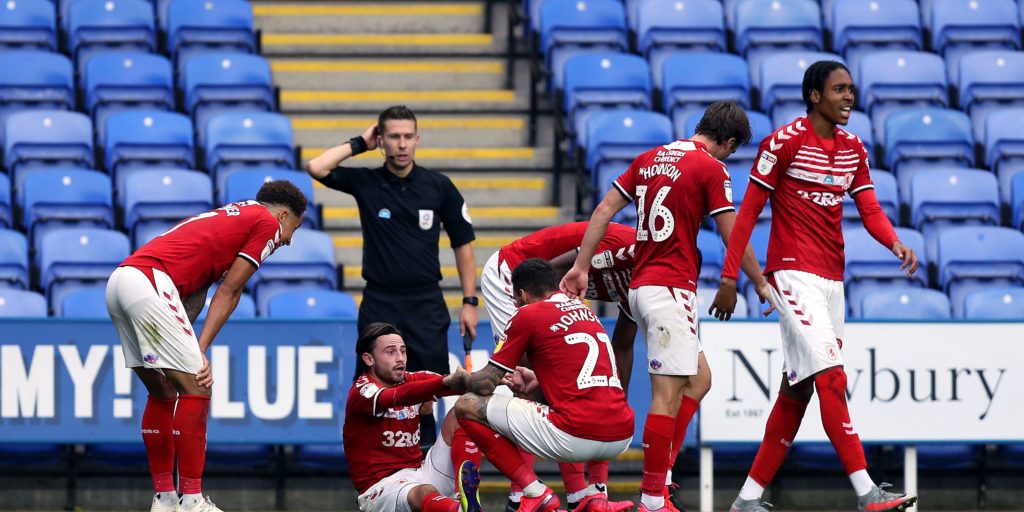 Ashley Fletcher and Patrick Roberts on target as Teessiders come from behind at Madejski Stadium.

Middlesbrough boosted their chances of avoiding relegation from the Sky Bet Championship with a hard-earned 2-1 win at mid-table Reading.

The home side went ahead in the first half when skipper Liam Moore slotted home his first goal of the season.

However, Neil Warnock’s team levelled just before the break when top scorer Ashley Fletcher nodded in his 13th of the campaign, before completing the comback when Patrick Roberts drove in a late winner with a low 20-yard shot.

Boro were 19th in the table prior to this contest, just two points above the drop zone – but their survival prospects look much brighter now.

Warnock, 71, had overseen two wins and three defeats since replacing the sacked Jonathan Woodgate last month, while Reading were unbeaten in three matches, having collected seven points and not conceded a goal in that run.

However, the Royals have a poor home record, winning only once in the Championship and FA Cup at Madejski Stadium since Boxing Day.

Before kick-off, a minute’s applause was held as a mark of respect to Jack Charlton, the England World Cup winner and former Middlesbrough manager who died last Friday.

Neither side managed to make much headway in a low-key opening, with Reading just about shading the honours going forward.

Boro gradually worked their way into contention and were presented with a good chance from a free-kick 25 yards out. However, Marcus Tavernier’s attempt lacked direction and failed to trouble home goalkeeper Rafael.

Reading went ahead in the 33th minute when Yakou Meite glanced the ball on at the near post, from a Michael Olise corner, and the onrushing Moore converted easily from close range.

Djed Spence should have equalised soon after but missed with a free header from Tavernier’s inviting cross, before Reading midfielder John Swift struck a post with a firm 20-yard drive.

However, the Teessiders were level on the stroke of half-time when Fletcher cleverly guided home a header from a Roberts centre – the first goal Reading had conceded in 315 minutes.

Reading created the first opportunity of the second period, when Tyler Blackett launched a high free-kick into the Middlesbrough area. Keeper Aynsley Pears missed his intended punch and was relieved that his defence eventually cleared the danger.

The visitors found themselves under increasing pressure, with Meite nodding over a Gabriel Osho cross and Olise shooting wide.

Fletcher almost helped himself to a second goal on the break, with Rafael having to make an agile save to keep out the well-struck effort.

However, Roberts eased Boro’s relegation fears in the 82nd minute with a cool finish from Marvin Johnson’s low cross.