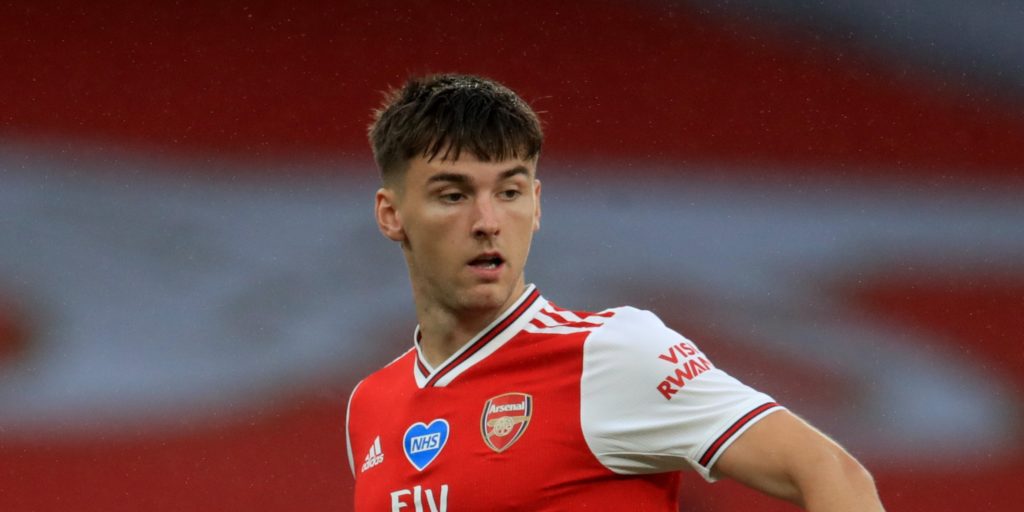 The former Celtic left-back missed 18 games of the season but is now impressing for the Gunners.

Mikel Arteta says it has been a “pleasure” helping Kieran Tierney adapt to life at Arsenal as the Scotland international continues to earn rave reviews.

The 23-year-old moved to the Emirates Stadium from Celtic last summer but his first season in the Premier League has been impacted by injury.

After suffering a dislocated shoulder he did not feature under Arteta until after the restart and since then has starred, playing as either a wing-back or as the left-sided centre-back in a three-man defence.

He is almost certain to start Sunday’s north London derby at Tottenham as Arsenal look to both stay ahead of their neighbours and keep hopes of European qualification on track.

Supporters and pundits alike have been heaping praise of Tierney, while Arteta revealed the defender’s approach has made it even easier to adjust his approach for English football.

“I am very impressed with him,” said Arteta.

“Just how he was acting and working on his rehab. Everybody loves him at the club and it is not a coincidence, he earns that every single day: the way he treats people, the way he works around the way, the energy he brings to the place.

“Then with his performances I am delighted. He has adapted really, really well. He is a player that gives you everything in every session and every game and the quality as well that he is adding.

“You help him with pleasure because of what he brings, how willing he is all the time to work, improve and give his maximum to the team.”

Arteta, who spent two seasons at Rangers before joining Everton in 2005, pinpointed the main differences between playing in Scotland and south of the border and believes Tierney has coped well with the changes.

“He had a really difficult period because of the injuries, because he moved to a different city, a different context that he had in Glasgow with a club that was winning all the time and where he was very settled,” Arteta added.

“It was a challenge for him. He has been dealing with that in the best possible way, with some difficulties.

“He needed the club to support him, he needed his team-mates to make life easier for him. We are all trying to help him.”

The feeling is clearly mutual as Tierney hailed Arteta as “brilliant” following Tuesday’s 1-1 draw at home to Leicester.

The Foxes had been linked with a shock summer move for the full-back but Arteta insisted, ‘he is not going anywhere’ when asked about the speculation.

Tierney is expected to line up in Arsenal’s side for his first taste of a north London derby having been injured when the sides drew 2-2 in September.

Arteta’s youthful-looking side have improved in recent weeks and he has backed them to deal with the first derby to take place at the Tottenham Hotspur Stadium.

“I think you need the right mix,” he said of the make-up of his side.

“It’s about how mature you are and the moment that you are in the situation to face any scenario possible in a football game and just put on the pitch the players that you believe are more prepared to handle that situation.”