Raheem Sterling: Goals don’t mean anything if they don’t lead to trophies 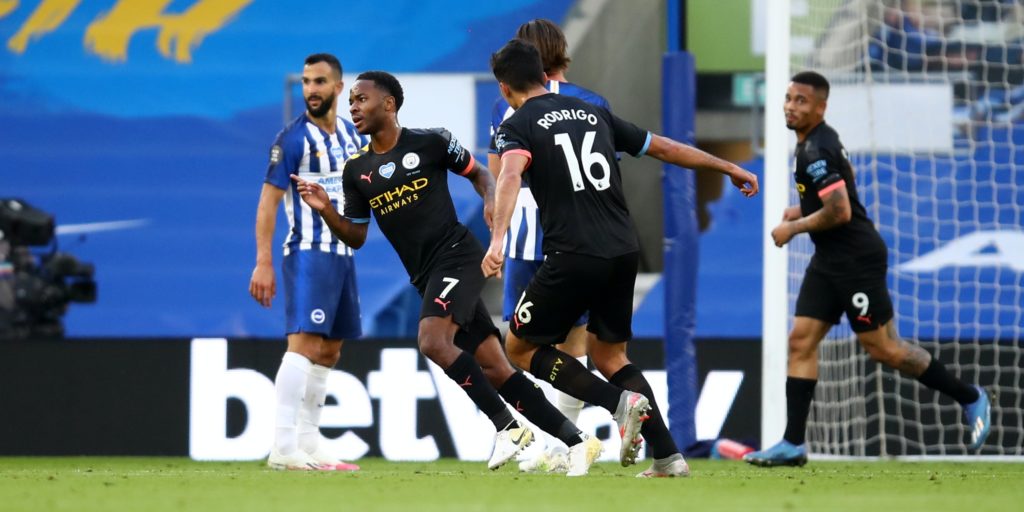 Sterling has reached a personal best goals tally for the season.

Raheem Sterling believes his goals will only mean something if they help Manchester City to more silverware.

The England forward took his tally to 17 Premier League goals for the campaign as he netted a hat-trick in City’s 5-0 thrashing of Brighton on Saturday.

While hopes of lifting the league title were ended long ago, City still hope to add Champions League and FA Cup trophies to the Carabao Cup they won in February.

And Sterling – whose goals on Saturday saw him pass the 30-mark in all competitions for club and country – hopes to play his part.

“The most important thing to me is the value of these goals, that they add to the team,” he told Sky Sports.

“At the end of day we’re trying to win the FA Cup final and win the Champions League as well, otherwise these goals don’t really mean anything.”

The 25-year-old’s strikes added to goals from Gabriel Jesus and Bernardo Silva as City recorded a second successive 5-0 win.

It has been an impressive response to last weekend’s loss at Southampton where City failed to take numerous chances.

And with an FA Cup semi-final with Arsenal approaching next weekend – before next month’s Champions League commitments – Sterling is happy City have rediscovered their goalscoring touch.

Sterling added: “I was disappointed last weekend with the loss away at Southampton, we created chances but I didn’t think we finished them.

“I think the problem we’ve had this season is we’ve been creating a lot of chances, last season and the season before we finished them, but this season we haven’t had that bit of luck. But we’re growing, we’re doing things right and that’s what we need to do.”

But City boss Pep Guardiola does not think the Southampton game had a bearing on the way his side played.

On Sterling’s display, Guardiola added: “He’s getting better, even the finishing, the quality of the shooting, he has improved a lot.

“We train a lot and it’s good for us, at the right moment at the end of the season with the important players. He’s ready to play good and win the games that we have.”

Brighton boss Graham Potter held his hands up and admitted there was little his side could have done to prevent the defeat.

“We were well beaten by the better team,” he said.

“The first half we were in it a little bit, at a stretch still. We had a couple of opportunities but not that much.

“Manchester City were very good, they’ve got some players that can hurt you pretty much everywhere.

“We’re a little bit disappointed with how the second half went, we petered out but at the same time, within four days we’ve had Liverpool and Manchester City. It’s a big ask but we have to dust ourselves down and focus on the next few matches.”