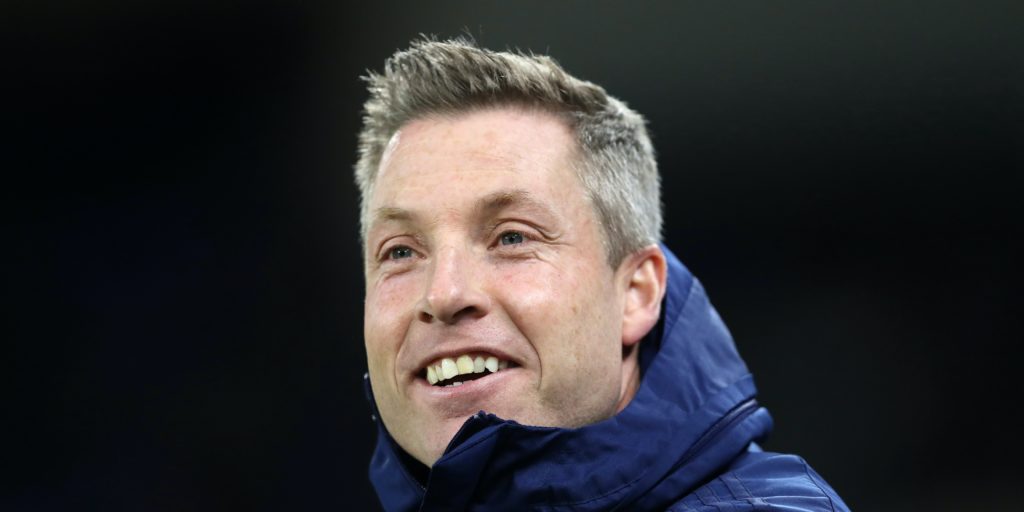 The Bluebirds are two points above Millwall in sixth spot with two games to play.

Rooney’s mistake near the hour mark when he was dispossessed by Lee Tomlin saw Cardiff stay in sixth spot and all but ended Derby’s outside play-off hopes.

Asked whether Cardiff had targeted Rooney in his deep-lying midfield role, boss Harris said: “Any team who is going to dominate the ball like Derby did there are going to be times when you get the ball and have time and space to play.

“If you do that you are going to get chances, and when you do you have to take those chances.

“We knew we had to stop Wayne Rooney having time and space on the ball. We did that and Lee then had to provide the finish, which he did exceptionally well.”

Tomlin is a huge favourite with the Cardiff fans, providing the creative spark to a team known more for its graft than craft.

The 31-year-old playmaker has battled injury problems all season and this was Tomlin’s first start since February.

“Lee has not been available to start games because of his injuries,” Harris said.

“This was the first time and this evening was a risk. It’s a challenge to get him on the training ground some days, never mind on the field for matches.

“I’ve said all along it will take 70 points and upwards. So, Saturday at Middlesbrough is massive, but we will go there with only one thought and that is to win.

“Ever since I came into the building we have spent this season, before and since lockdown, chasing.

“We got into that sixth place and suddenly there was expectation on us, but I just told the players to go and play with purpose and play with a bit of freedom.”

The 10th-placed Rams can only get to 67 points by winning their two last games – a total that Cardiff already have – and Derby manager Phillip Cocu conceded their play-off race was run.

Cocu said: “It’s mistakes which cost us the game. It’s always something you try to avoid but you have to be solid in defence and not make mistakes. We didn’t do that.

“In the last three games there have just been too many mistakes and they have been unnecessary – that’s why we are not in the play-offs.

“Conceding poor goals is something we need to change for next season if we want to get into the play-offs.

“I can see the progress we have made this season, but in the end we are playing games to win them. We are mid-table and it’s not good enough to get into the play-offs. They are out of sight.”