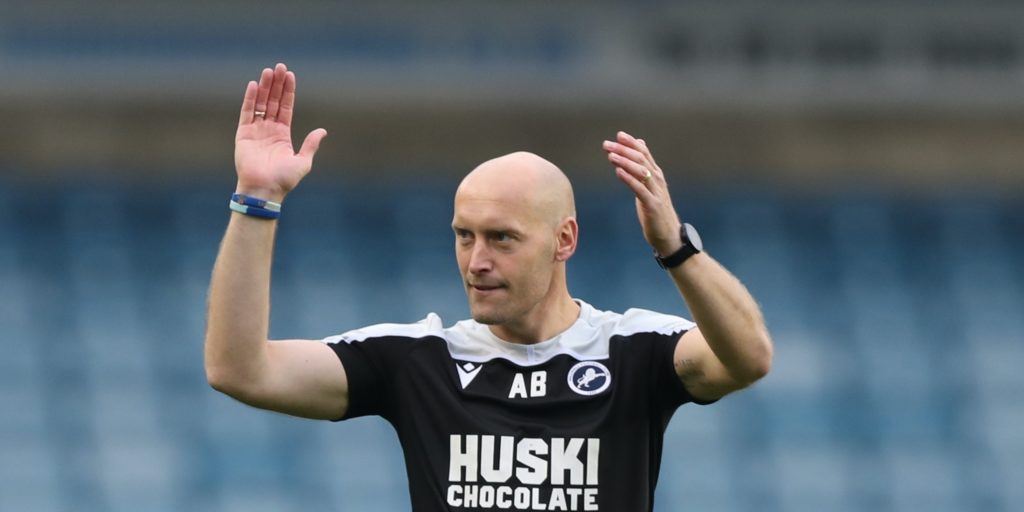 Millwall assistant manager Adam Barrett was delighted they were able to remain in the play-off hunt with a 1-0 home win over Blackburn in the Sky Bet Championship on Tuesday night.

The only goal arrived in the 20th minute when Mason Bennett scored at the back post for his second strike since football resumed last month.

It was enough to give the Lions back-to-back victories after they won away to Hull at the weekend, but they are still two points off sixth-placed Cardiff with two games to play.

This result was Millwall’s first success at the Den since January 18, ending a seven-match run without a home success, and Barrett was thrilled.

“Blackburn came here and they needed to win the game as well so we are extremely pleased,” he said.

“It is nice to back up Saturday’s result and get back-to-back wins and it builds a little bit of momentum.

“There are two games to go and we are in the mix and that is where we wanted to be.”

Millwall visit QPR this weekend knowing the margins are tight with Neil Harris’ Cardiff, who got the better of Derby on Tuesday, still clinging onto the final play-off spot.

Barrett added: “We are two points behind with two to play so it is game on.

“We go to QPR now on Saturday and we are in the mix. Cardiff won again tonight but it has put pressure on them and we just have to make sure we keep getting results.

“It is only two games and it is almost like a shoot-out now. You can be out of it come Saturday or still be in it going into the last game of the season.”

Blackburn were lacklustre in the first half at the Den, but improved after the break when Tony Mowbray made a double substitution and brought on Joe Rothwell and Sam Gallagher.

Stewart Downing had an effort deflected over before Adam Armstrong shot straight at Bartosz Bialkowski in the 59th minute.

The next big opportunity for Rovers did not arrive until the seventh minute of stoppage time, but left-back Joe Rankin-Costello drilled wide and with that went the visitors’ play-off hopes.

Mowbray said: “That is the disappointment and we can’t do anything about it. We all knew what was at stake as Millwall knew.

“It was not as if we were playing a dead rubber against somebody that did not matter.

“There was a lot at stake for them and they did what they did, and played how they played and they got a 1-0 victory.

“It was hard for us to get through them, round them or over them and we ultimately didn’t manage to score a goal in a game where we had to score a goal.”