Home News Neil Warnock: We cannot rely on others to keep us up

Neil Warnock: We cannot rely on others to keep us up 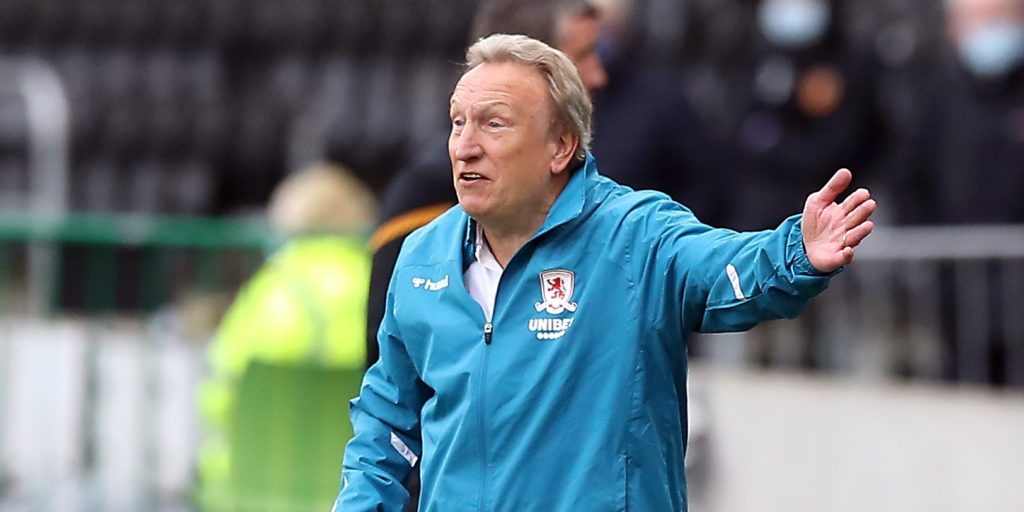 The Teessiders sit two points clear of the relegation zone with three games to play.

Neil Warnock has warned Middlesbrough they cannot rely on others to get them out of Sky Bet Championship relegation trouble.

Boro remain just two points clear of the drop zone after Saturday’s 3-1 home defeat by Bristol City, although Barnsley, Hull and Charlton below them were unable to take advantage.

However, they head for Reading on Tuesday evening with their manager having told them they need to dig themselves out of the hole into which they have slipped.

Asked if they could afford to rely on others, Warnock said: “Not at all, no. They are all tough games. We have got three tough games.

“When you don’t score enough goals and you concede silly goals like we do, it’s a bad recipe. But there are other teams down there, I think, in a worse situation and we have got to capitalise.

The Teessiders were undone by sumptuous first-half strikes from Nahki Wells, who helped himself to a second as time ran down, and Jamie Paterson at the Riverside Stadium with Britt Assombalonga’s 82nd-minute reply providing scant consolation.

Things might have been different had defender Dael Fry managed to level from close range or had George Saville’s header not come back off the crossbar at 1-0, but it was not to be.

Warnock said: “Dael’s, when you watch it back, I don’t know how he’s missed it and neither does Dael.”

For opposite number Dean Holden, who took over from Lee Johnson on a caretaker basis last weekend, it proved a good afternoon as he guided his side to back-to-back wins for the first time since February.

Asked if the play-offs remain a possibility – the Robins currently sit in 11th place, three points shy of Cardiff in sixth – Holden said: “Who knows?

“The players have done that today and we’ll look to do the same on Wednesday night against Stoke. We’ll just focus on the performance and see after Wednesday night where we sit.

“The play-offs are not something we are even thinking about. You take your eye off the ball and you can fall flat on your face.”