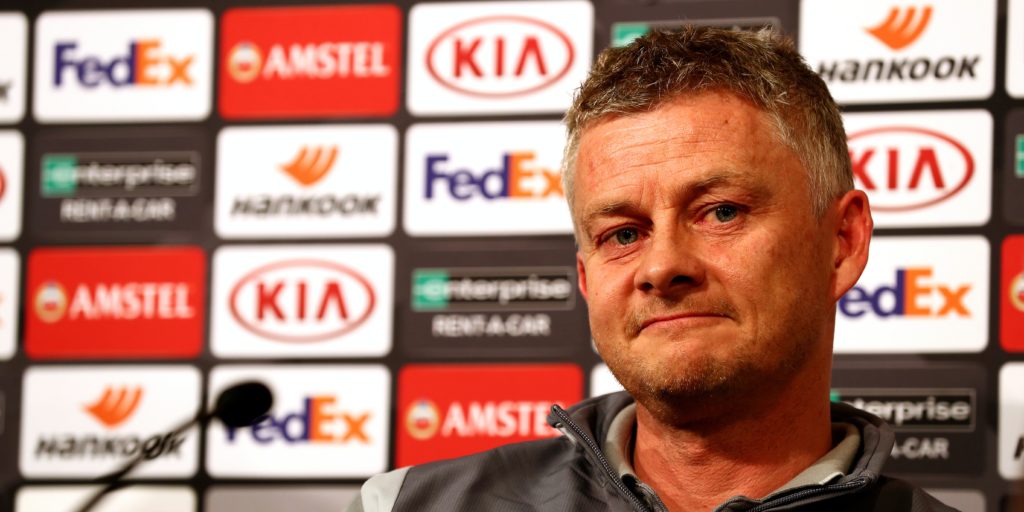 City’s reprieve means only the top four will qualify for next season’s Champions League.

Ole Gunnar Solskjaer steered clear of the debate about Financial Fair Play and the lifting of Manchester City’s European ban as the Manchester United manager focuses on his side’s Champions League charge.

The Court of Arbitration for Sport announced on Monday that City had won the appeal against their two-year exclusion from European competition, which had been imposed by UEFA for alleged FFP breaches.

Tottenham manager Jose Mourinho – rarely one to sit on the fence – branded the CAS decision “a disgrace” and Liverpool boss Jurgen Klopp said Monday was not “a good day for football”.

The ruling could have an immediate impact on United as their current position of fifth is no longer be enough for Champions League qualification, but Solskjaer would not be drawn into the debate.

“Well, I think other people can debate that and they want to debate that,” the United boss said. “I don’t think that’s my job.

“My job is to make sure that we focus on the next game and that we just do the right things.

“But with Financial Fair Play, it was brought in to keep football and football clubs financially sustainable and I think that’s important and they also give us rules to adhere to.

“That’s what we’re focusing on and let other people discuss what’s right and wrong and what’s happened.”

Solskjaer does not have any time for distractions given a challenging period was made even harder by Michael Obafemi’s stoppage-time equaliser for Southampton on Monday.

The 2-2 draw meant United missed the chance to jump up to third, but they are assured of a top-four finish if they win their remaining games against Crystal Palace, West Ham and fellow Champions League hopefuls Leicester.

“Keep on doing what we have been doing, trust yourselves,” Solskjaer said of his message to the players ahead of Thursday’s trip to Selhurst Park.

“You’re at a club where it always boils down to the last couple of weeks, or two or three games, in the season anyway.

“We’ve done fantastic since we restarted. We started with the draw against Tottenham, of course, we then had a great run. That little bit of a setback is a test for mentalities.”

Solskjaer has named an unchanged starting line-up for United’s last five league matches, winning four of those games by three or more goals – a record Premier League run – before drawing with Saints.

But the United boss may have to change things in south London and could face dilemma at left-back after Luke Shaw and his replacement Brandon Williams were forced off on Monday.

“Luke has got a swollen ankle, so hopefully (he can be available),” Solskjaer said.

“I’ll give him as much time as possible to recover. It was a twist on his ankle.

“Brandon cut up his eye there, so I don’t really know.

“We’ve not trained this morning. None of them trained yesterday, so they were both swollen. I’ll give them as much time as possible to get the swelling away.”

But while injuries and the need to keep players fresh is at the forefront of Solskjaer’s mind, the United boss insists Sunday’s FA Cup semi-final against Chelsea is not.

“The team selection for Thursday is based on Thursday, not Sunday,” he added. “Sunday is irrelevant, doesn’t come into my head at all, so just Thursday.

“We’ll see the injury situation. There was a couple of doubts before the Southampton one, but they all reported fit on the day.

“Hopefully we can give them time now, not having to leave players out because of injury.

“But, as you say, there might be one or two fresh legs coming in.”