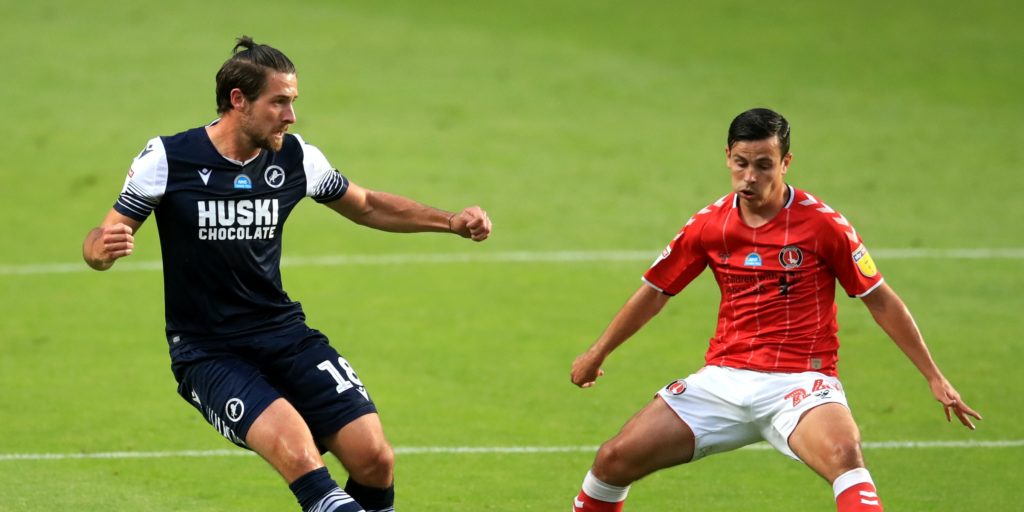 Millwall kept up their own play-off ambitions with a vital victory.

Grant McCann’s Tigers have endured a torrid 2020, with a play-off push replaced by a relegation battle after star men Jarrod Bowen and Kamil Grosicki were allowed to leave in January.

Hull have managed just one win since New Year’s Day and on Saturday they failed to capitalise on their relegation rivals’ poor results, with Leonard’s 30-yard strike just 75 seconds into proceedings sealing a 1-0 win for Millwall.

While the Tigers missed the chance to move out of the relegation zone, victory was a welcome shot in the arm for Gary Rowett’s men after their midweek home loss to struggling Middlesbrough.

The Lions were more impressive and disciplined than the hosts as they bounced back impressively on Saturday, with Leonard’s early long-ranger enough to seal victory.

An open, chance-laden first half was replaced by a desperate second period at the KCOM Stadium, where McCann’s men failed to find an equaliser to leave them with just three games to halt their slide into League One.

Play got off to a lightning start in East Yorkshire, where – not for the first time – City were punished for a meek start.

Leonard was a long way out but was afforded too much time and space to shape up a 30-yard strike that whistled into the top right-hand corner – a spectacular effort that George Long could have done little about.

Tom Bradshaw scooped over and Billy Mitchell wasted a glorious chance to extend the emboldened Lions’ lead, although Bartosz Bialkowski spread himself well to thwart Josh Bowler when Hull broke.

Millwall were dictating play but again had their goalkeeper to thank for keeping them ahead in the 20th minute as Mallik Wilks threatened to capitalise on a defensive gaffe with a drilled strike.

Hull captain Jordy de Wijs saw a header cleared off the line by Lions counterpart Alex Pearce as the home side upped the ante, only for the drinks break to disrupt their flow.

Millwall ended the half on top as Shaun Hutchinson went agonisingly close and Jake Cooper lifted the ball onto the roof of the net, with Long producing a superb save to deny Leonard on the stroke of half-time.

Bradshaw lifted over the bar soon after the restart, but Hull’s half-time tweak worked early on and Wilks got a shot on Bialkowski’s goal shortly after seeing penalty appeals ignored.

Hutchinson had a chance at the other end and Kevin Stewart was replaced shortly after escaping a second booking for a hefty challenge on Leonard, with both sides turning to their bench in a bid to get the result they required.

Substitute Josh Magennis was called offside when forcing Bialkowski into action and Millwall were disciplined in defence as Hull’s desperation increased.

Keane Lewis-Potter scuffed a late chance at the end of game where the hosts were too ponderous and predictable.