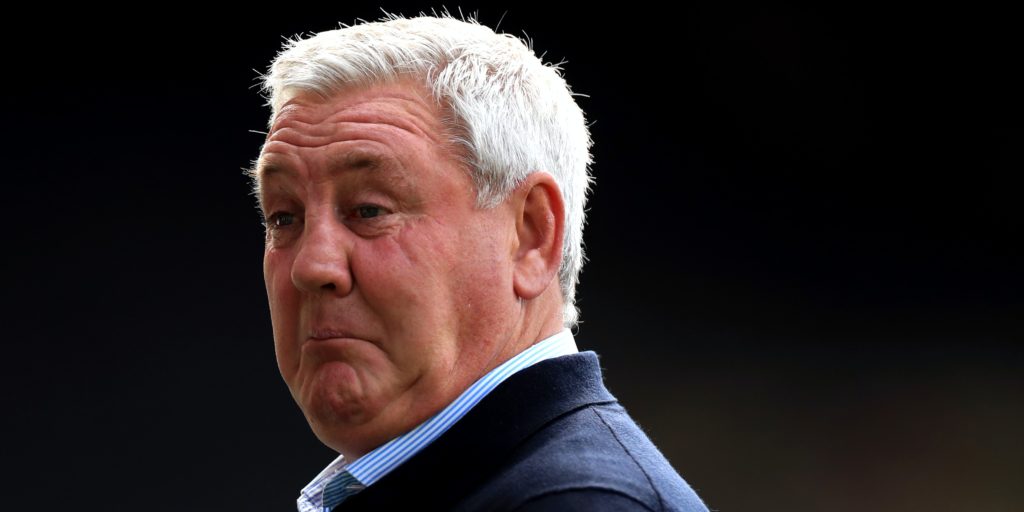 The Watford striker scored twice from the penalty spot.

Newcastle boss Steve Bruce became the latest Premier League manager to question the capability of VAR after seeing his side lose to two Troy Deeney penalties at Watford.

Dwight Gayle had given the visitors the lead at Vicarage Road before Deeney stepped up to smash home two spot-kicks and earn Watford a 2-1 win as the Hornets took a big step closer to top-flight survival.

Deeney made no mistake in ending a six-game scoring drought after Craig Pawson pointed to the spot following Matt Ritchie’s trip of Kiko Femenia, with the Watford skipper repeating the feat 10 minutes from the end as Ismael Sarr was adjudged to have been fouled by Javier Manquillo.

After the Premier League admitted to making three VAR errors across three games on Thursday night, Bruce was unhappy with the award of both Watford penalties and felt referee Pawson should have made use of his pitchside monitor.

“I thought the first penalty was really, really soft,” he said.

“I thought it was supposed to be clear and obvious and what is the point in sending it to VAR when they are not going to overturn anything any more?

“All this nonsense we have got with VAR, they are supposed to be clear and obvious but they looked remarkably soft to me.

“They looked remarkably soft, especially the first one, it was a massive game for them and gave them a lifeline.

“So let the referee come and look at the monitor because we are not getting the right decisions at the moment in my opinion.

“I don’t know why we don’t ask the referee to come and look at a monitor and why it goes to VAR in a studio with a monitor just to back him up.

“I’m not one to make excuses but to lose games like we did today on those big decisions it is difficult to accept.

“Whether we were naive or they were really soft I will let someone else make that judgement.”

As Bruce fumed, his counterpart Nigel Pearson celebrated what could prove to be a pivotal victory.

Watford now sit six points clear of the relegation zone after a second comeback win in the space of four days.

“It is never easy for players to be able to deal with the sustained disappointment we’ve had this season'” said Pearson.

“We have still got a lot of work to do but, credit where it is due, we found answers today, the second game in a week where we have gone a goal behind and been able to win it, so lets focus on the positives of that.”

Pearson also praised Deeney for stepping up twice, having been struggling for form since the restart.

“Troy is prepared to take the responsibility and absorb some pressure and that in itself takes some courage,” he added.

“He has had some criticism of late but his response is to go out and take it in his hands.”

Speaking to Amazon Prime after the game, Deeney revealed he has been playing with a knee injury in recent weeks.

“My knee has been playing up for a while so after this (game) I will have it drained and injected so, for someone scared of needles, it will be good fun,” he said.

Despite then hobbling out of Vicarage Road with plenty of strapping on his right knee, Pearson said he has no lasting worries about Deeney’s fitness for the run-in.

“Troy is an experienced player – which is a nice way of saying he is at the wrong end (of his career),” Pearson replied when asked for an update on the problem.

“He has what I would call a grumbly knee that he has to manage on a daily or weekly basis.