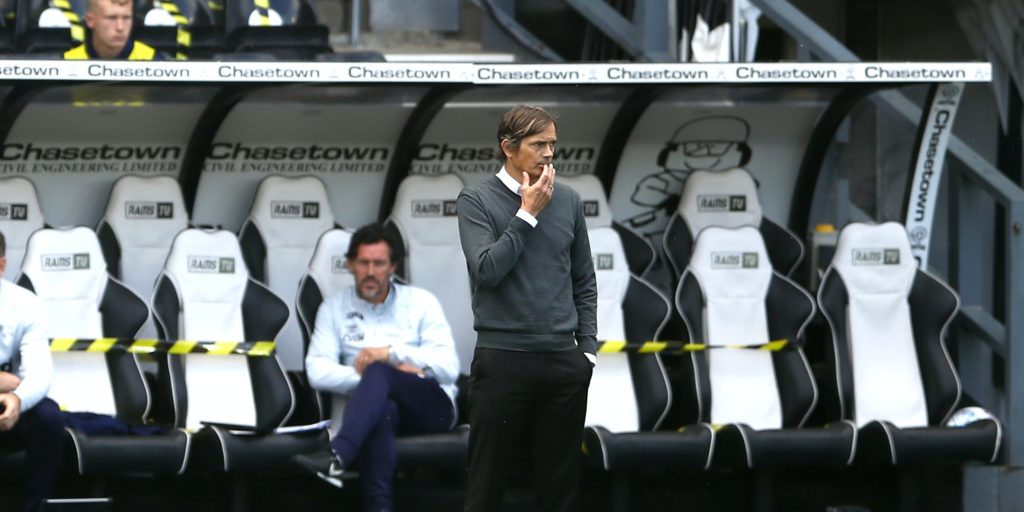 Said Benrahma scored twice for Brentford as they continued their fine run.

Derby manager Phillip Cocu refused to put all the blame on goalkeeper Ben Hamer after his side lost 3-1 to promotion-chasing Brentford.

Hamer was at fault for Brentford’s second goal which put the Bees back in charge after Derby had pulled themselves level.

Brentford had needed only three minutes to take the lead when Ollie Watkins tapped in his 24th goal of the season after a Bryan Mbeumo shot came back off a post.

The home side grew into the game and deservedly equalised in the 29th minute when Wayne Rooney played in Jason Knight who finished low inside the right post.

But a bad mistake by Hamer in the 49th minute gave Brentford the initiative again and this time they did not look back. Said Benrahma’s low shot from just inside the area should have been saved but Hamer allowed it to squeeze under him and over the line.

But there was nothing Hamer could do about Benrahma’s sublime 64th-minute strike from the edge of the box which curled into the top corner to guarantee Brentford’s place in the play-offs.

The third-placed Bees have won all of their games since the restart and are applying real pressure on the top two, while Derby’s defeat leaves them three points adrift of sixth spot.

Cocu said: “It’s frustrating, events occur during the game but I think we played a decent game against a very strong team.

“Ben took full responsibility for his mistake but I think it’s also too easy to only blame the goalkeeper because if a striker, Benrahma, is able to take a shot in the 18-yard box just two-and-a-half minutes after the break it is just poor defending by the whole team.”

When asked if he might drop Hamer for Tuesday night’s game at Cardiff, Cocu replied: “It’s not something I am going to discuss at the moment. I think it was good he has stepped up and taken responsibility in front of the team.

“For the third goal, the shot and strike was top quality which is the kind of players they have in the team.”

Brentford head coach Thomas Frank, whose side sat two points behind second-placed West Brom at the final whistle, said: “We knew when we went into this restart we were 10 points off the top two so that was a very difficult task.

“Our aim was to win as many games as possible and first and foremost to secure a play-off place and then see what is happening but now, can we catch them (the top two)? Fantastic but if not, then we want to keep the momentum and good performances and take that into the play-offs.

“Right now, we are in a very good place and we just need to continue. I am spoiled with good players that it is a privilege to coach and be around.”